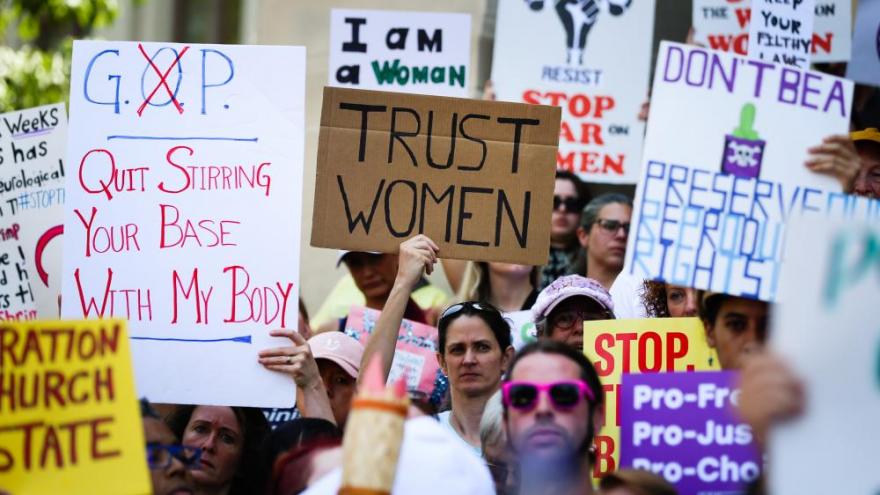 The Fifth Circuit Court of Appeals struck down Mississippi's 15-week abortion ban on Friday, the latest legal blow to an effort by a conservative-leaning state looking to restrict abortion.

(CNN) -- The Fifth Circuit Court of Appeals struck down Mississippi's 15-week abortion ban on Friday, the latest legal blow to an effort by a conservative-leaning state looking to restrict abortion.

None of the bans passed by Mississippi and eight other states this year restricting abortion past a certain point in pregnancy have gone into effect, with most of them having been blocked by federal judges.

"States may regulate abortion procedures prior to viability so long as they do not impose an undue burden on the woman's right, but they may not ban abortions," US Appeals Court Judge Patrick Higginbotham wrote in the ruling Friday night. "The law at issue is a ban. Thus, we affirm the district court's invalidation of the law."

"Prohibitions on pre-viability abortions ... are unconstitutional regardless of the State's interests," added Higginbotham, who said the the ban's "obstacle is insurmountable, not merely substantial" for women in Mississippi seeking to obtain an abortion.

A federal judge in Mississippi struck down the law in November 2018, after Republican Gov. Phil Bryant signed the law earlier that year. The law made exceptions only for medical emergencies or cases in which there's a "severe fetal abnormality," but not for incidents of rape or incest. The case was appealed, leading to Friday night's ruling.

CNN has reached out to Bryant's office for comment Friday night.

The Center for Reproductive Rights, which brought the lawsuit on behalf of health care providers, praised the ruling on what it called "the first of the recent bans to reach a federal appellate court."

"With this ruling, Mississippi — and other states trying to put abortion out of reach — should finally get the message," she added. "Instead of wasting taxpayer dollars to defend multiple abortion bans that won't stand up in court, they should be working on other issues — like addressing the state's alarming maternal mortality rates."

A separate effort by Mississippi to ban abortions after six weeks, which was blocked by a federal judge in May, is also before the Fifth Circuit Court of Appeals.