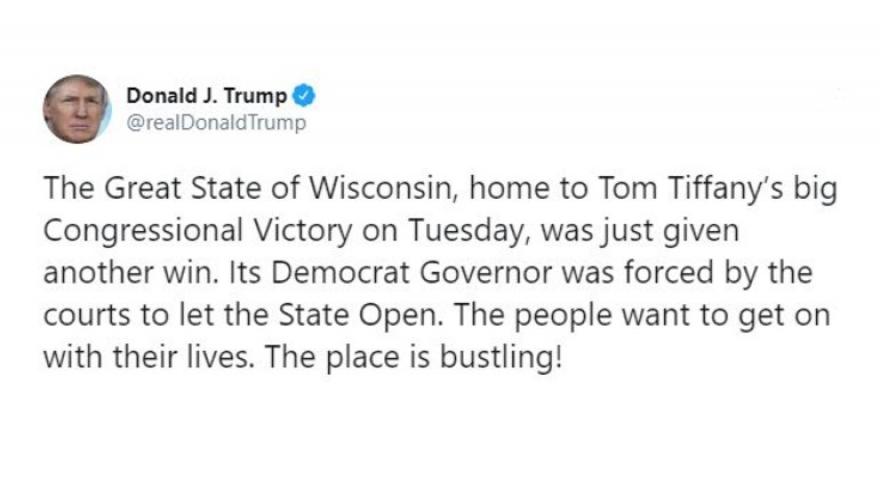 MADISON, Wis. (AP) — A court ruling tossing Wisconsin's stay-at-home order threw communities into chaos as some bars opened immediately and were packed with customers while other local leaders moved quickly to keep strict restrictions in place amid the coronavirus pandemic.

Gov. Tony Evers was invalid and threw it out effective immediately. The move drew praise from President Donald Trump on Thursday, who tweeted "The people want to get on with their lives.

The place is bustling!" Evers was meeting Thursday with Republican leaders to discuss next steps.

The Great State of Wisconsin, home to Tom Tiffany’s big Congressional Victory on Tuesday, was just given another win. Its Democrat Governor was forced by the courts to let the State Open. The people want to get on with their lives. The place is bustling!