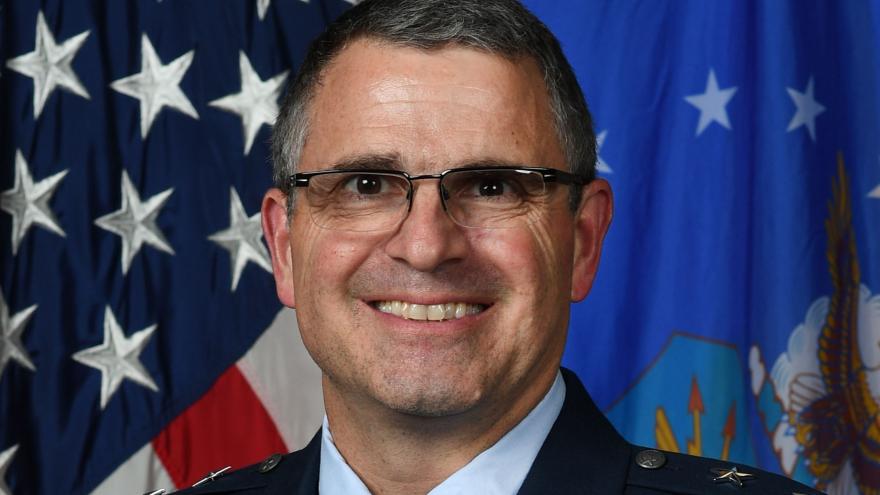 (CNN) -- A US Air Force general officer was found guilty of abusive sexual contact in military court in Ohio on Saturday, marking the first-ever court-martial trial and conviction of a general officer in the history of the military branch, the Air Force said in a statement.

Maj. Gen. William T. Cooley was found guilty on one of three specifications of sexual assault connected to a 2018 incident in New Mexico, according to the Air Force release. A senior military judge found he was guilty of "the first specification, 'kissing (the victim) on the lips and tongue, with an intent to gratify his sexual desire,'" the statement said. The judge found Cooley not guilty of the two other specifications.

Cooley had pleaded not guilty.

According to the Air Force statement, the unnamed victim said in court testimony that "Cooley asked for a ride after a backyard day-long social event."

It continued: "During the short ride she said he told her that he fantasized about having sex with her. She alleged he pressed her up against the driver's side window, forcibly kissed and groped her through her clothes."

The Air Force does not name sexual assault victims, but the victim consented to allow news organizations to disclose her relationship to Cooley without naming her.

The victim's attorney, Ryan Guilds, praised the court-martial process as "fair" and commended his client's bravery through the trial.

"It is very hard to be a survivor in a criminal case," Guilds said in a statement. "That is one of the many reasons you see so few of these cases go to court-martial."