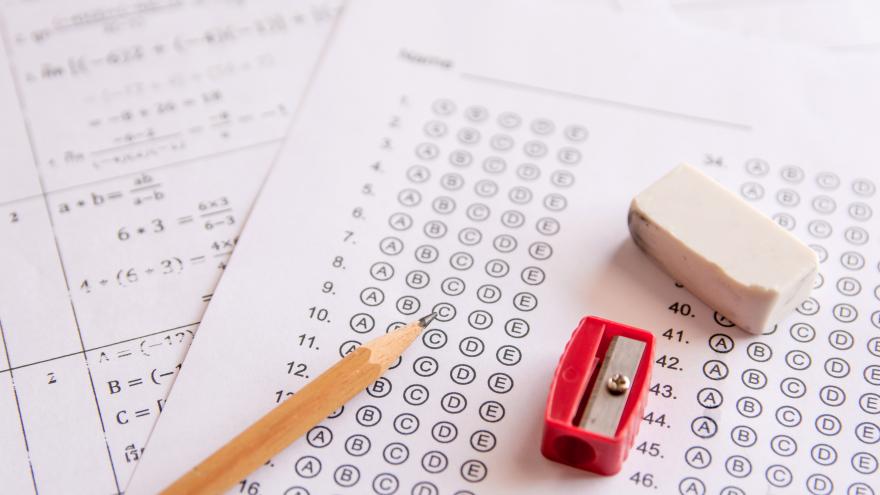 Marcia and Gregory Abbott leave federal court after they pleaded guilty to conspiracy charges on May 22, 2019.

(CNN) -- A federal judge sentenced Gregory and Marcia Abbott to 1 month in prison for paying $125,000 to falsely boost their daughter's ACT and SAT test scores as part of the college admissions scam.

The Abbotts both pleaded guilty in May to conspiracy to commit fraud. Prosecutors had asked that they be sentenced to 8 months in prison with a year of supervised release and a $40,000 fine.

Tuesday's sentence also includes 250 hours of community service, a $45,000 fine and one year of supervised release for each.

The month-long sentence is similar to those given to other parents who participated in the test-cheating aspect of the college admissions scam. The actress Felicity Huffman was sentenced to two weeks in prison and Gordon Caplan was sentenced to one month in prison for similarly facilitating cheating on their children's standardized tests.

Those parents who paid to get their children into prominent universities under the guise that they were recruited athletes have been sentenced to longer prison stays. Stephen Semprevivo and Devin Sloane were each sentenced to four months in prison for paying these bribes.

Agustin Huneeus Jr., who participated in both the test-cheating scheme and the athletic recruitment scheme, was sentenced to 5 months in prison.

Father was CEO of packaging company

Gregory and Marcia Abbott lived in both New York and Aspen, Colorado, the complaint says.

Greg Abbott was the Chairman and CEO of International Dispensing Corporation, a packaging company for the food and beverage industry, until he took a leave of absence in March.

In their sentencing memo, the Abbotts asked the government to impose a sentence of probation, saying they met the scam mastermind William "Rick" Singer in early 2018 during what they described as "one of the worst chapters of their lives."

According to the memo, their daughter was struggling with late-diagnosed chronic Lyme disease, their son was battling drug addiction, and their 31-year marriage was "strained to the breaking point."

"In many instances during my life, I have shown integrity and taken the right path under pressure, but in this perfect storm I buckled," Greg Abbott said in a letter to the judge. "To every single soul demoralized or offended by my actions, I deeply apologize."

Marcia Abbott also took responsibility in her letter to the judge.

"I was broken, and woefully ill equipped to be interacting with a man like Rick Singer," she wrote. "I betrayed my higher nature, and became part of a larger, damaging system. I take that very seriously and take responsibility for it. Dismay, along with regret and contrition, accompany me every day."

Their daughter also wrote a letter to the judge on behalf of her mother.

"She has a soul that is more beautiful and warm than any other soul I know of, and I am unbelievably fortunate to have such a woman to look up to. I realize you have no way of knowing my mother, but I hope and pray you can glean who she is. She is selfless," she wrote.