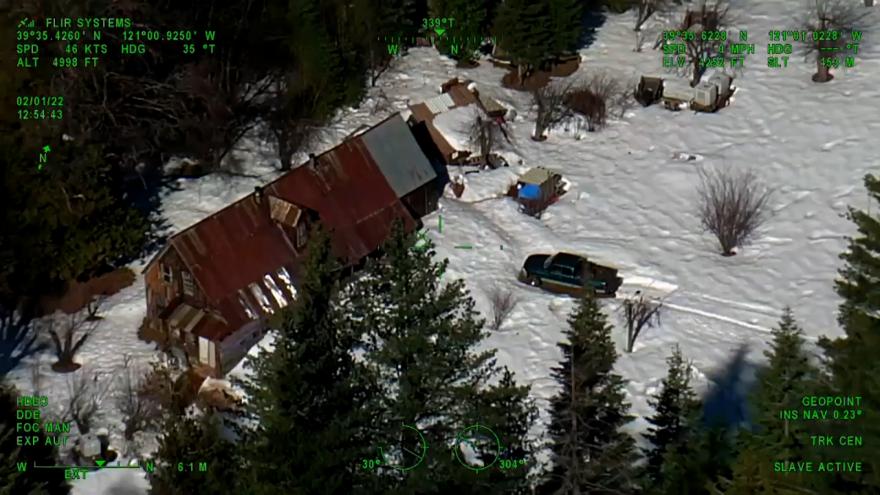 (CNN) -- Two people who were looking after a cabin in a remote part of California were rescued this week after being snowed in for two months and facing a dwindling food supply, officials said Friday.

The unidentified couple called the Sierra County Sheriff's Office on Tuesday morning, asking to be rescued from a cabin in a northwestern part of the county, about two hours north of Sacramento.

The couple told officials they were stranded there after a winter storm in December left behind significant snowfall and fallen trees, according to a news release.

The Sheriff's Office asked the highway patrol to airlift the couple and their small dog.

"Due to the remote location and limited access due to winter conditions, the California Highway Patrol Air Operations were contacted and a request for mutual aid in rescuing the couple was made," the media release said.

The Sheriff's Office said when the couple called Tuesday they said "they were running low on food."

CHP released video showing a helicopter flying near the home and said, "H-20 was able to land near the cabin, while very strong winds were blowing."

The couple was then reunited with friends, officials said.