Country music star Charlie Daniels, best known for 'The Devil Went Down to Georgia,' has died at 83 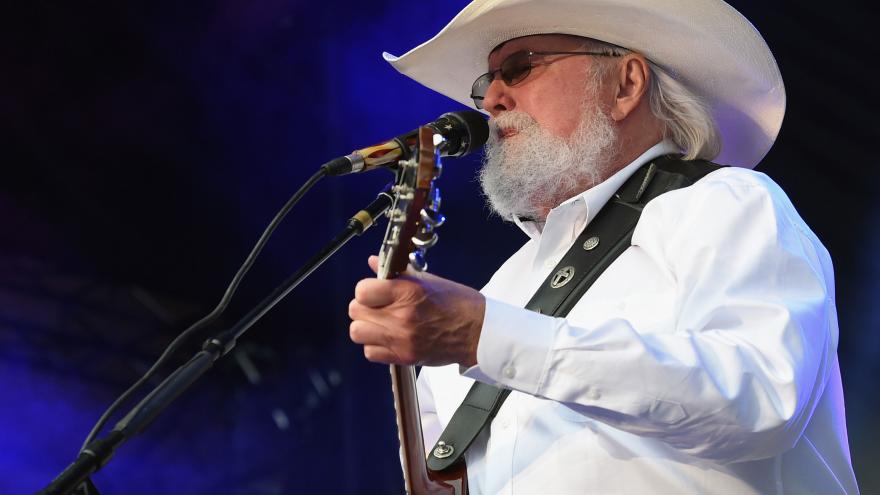 (CNN) -- Country music scribe Charlie Daniels, best known for the hit "Devil Went Down to Georgia," has died. He was 83.

The multi-instrumentalist had a hemorrhagic stroke in Hermitage, Tennessee, and was pronounced dead Monday, his publicists said in a statement.

Daniels, a Country Music Hall of Fame inductee and Grand Ole Opry alumnus, was born in North Carolina but quickly felt at home in Nashville. He moved there and played on records with music titans Bob Dylan, Leonard Cohen and Ringo Starr.

With the eponymous Charlie Daniels Band, he and the instrument he's most closely associated with -- the fiddle -- spearheaded a new genre of "Southern rock."

His best-known hit, 1979's "The Devil Went Down to Georgia," is still a staple at classic rock stations.

Though mostly associated with country music, Daniels told CNN once that he doesn't like to wear any kind of label.

"I'll give you a little breakdown of our band," Daniels said in 2001. "We played with the Rolling Stones years ago in Memphis, Tennessee, in the afternoon and flew down to Austin, Texas, that night and worked the Willie Nelson picnic."

In 2008, he was inducted into the Grand Ole Opry, nearly 40 years into his professional career. It took until 2016 for Daniels to earn entry into the Country Music Hall of Fame.

Daniels regularly blogged about his political beliefs on his website and his Twitter page, including in the days preceding his death.

Many of his songs were rooted in patriotism and his deep admiration of the US, which he often called the "greatest country in the world" in his music.

In 1980, he released "In America" as a response to the Iranian hostage crisis.

More than 30 years later, his outspokenness prompted him to withdraw from the Country Freedom Concert in Nashville, Tennessee, which honored September 11 rescue workers.

But the song he'll forever be known for is "The Devil Went Down to Georgia," a rompin', stompin' bluegrass hoedown between the devil and a young country boy named Johnny for the latter's soul.

In 2014, he co-founded the Journey Home Project, which connects veterans with nonprofits for health care, education and career resources.

Daniels' last musical project was in collaboration with the Beau Weevils on an album that added a contemporary twist to Daniels' retro Southern rock. He performed in a "quarantine edition" of a song off that album, "Geechi Geechi Ya Ya Blues," just last month.