Costco is bringing back free samples 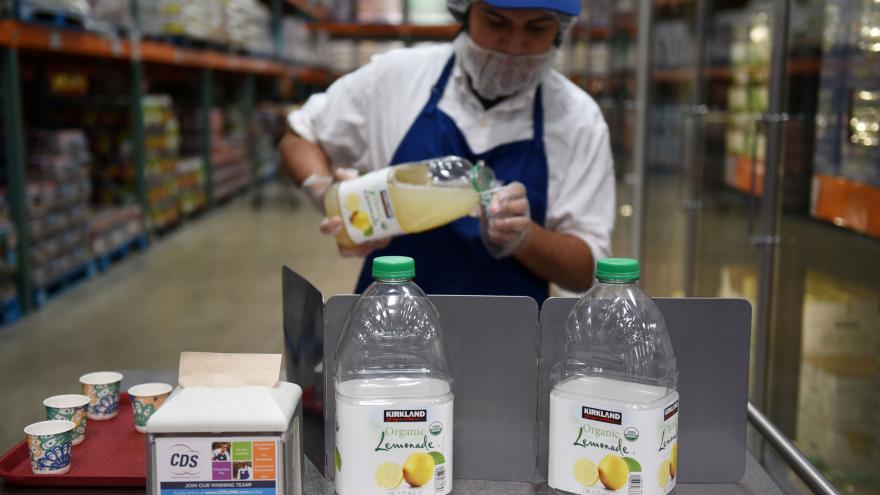 (CNN) -- Costco is bringing back a pre-pandemic staple: Food samples.

The warehouse chain announced that it's "beginning a phased return to full sampling" early next month after a 14-month hiatus. Roughly 170 US locations will bring back food samples in the first week of June with "most of the remaining locations" returning toward the end of June, said Costco Chief Financial Officer Richard Galanti on Thursday's earning call.

There will be some changes to how food is given out because of Covid-19. Galanti said they've implemented "increased safety protocols" including the samples being prepared behind plexiglass, made in smaller batches and distributed to customers one at a time. Costco eliminated food sampling in March 2020 during the onset of the pandemic.

Fans of its food court will see some changes, including to its seating. Some stores will have outdoor food courts and, beginning next month, indoor seating will be back at most of its 560 US locations with "more physical separation." Tables will four seats instead of six or eight and "half the seating capacity as we had before," Galanti said.

In other food court changes, Costco is also adding new and improved churros to menus, which will be available by July 4. New ice cream is also replacing its frozen yogurt this summer.

Galanti noted that its food court business hasn't fully recovered to its 2019 levels and is "probably going to take another several months." Costco has begun reopening its so-called secret weapon in recent months as well as expanding its menu.

In March 2020, Costco also shut down the food court's seating areas when the pandemic took hold and pared back the menu to hot dogs and pizza for takeout only. The company does not break out sales at food courts, but they are one of the perks that help persuade shoppers to dish out $60 or $120 for a Costco membership every year.