Cosby wants to block accusers, but show settlement to jury 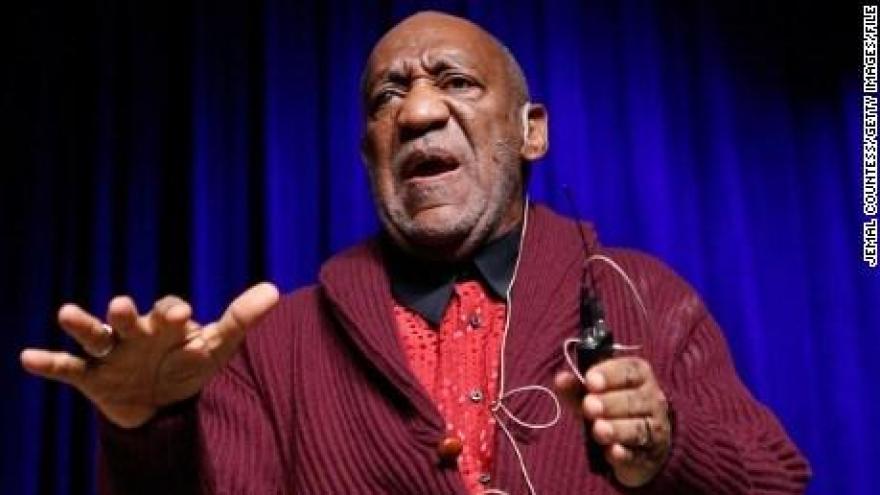 NORRISTOWN, Pa. (AP) — Bill Cosby's lawyers fought Tuesday to block a parade of women from testifying against him at his sexual assault retrial, saying the accusers are peddling "ancient allegations" that would prejudice the jury against the 80-year-old comedian.

Stung by a hung jury the first time around, prosecutors are pushing to widen the scope of Cosby's April retrial to cast him as one of the biggest serial predators in a Hollywood suddenly aware of sexual misconduct in the #MeToo era.

The defense argued that prosecutors want to call as many as 19 other accusers to the stand because they're desperate to bolster an otherwise weak case. Cosby lawyer Becky James told a judge that none of the women should be allowed to tell their stories to a jury because that would subject Cosby to "multiple mini-trials."

"Even one would be too prejudicial here," she said. "The inference is too tempting to say, 'He must've done it here, because he did it before.'"

Cosby has pleaded not guilty to charges he assaulted Andrea Constand, a Temple University women's basketball administrator, while he was a powerful alumnus and trustee. He has said the encounter was consensual. He remains free on bail.

Judge Steven O'Neill did not immediately rule after saying Monday that it was an "extraordinarily weighty issue" that he needs time to review.

O'Neill also didn't immediately rule on a request by Cosby's new lawyers to allow jurors to hear details of the entertainer's confidential financial settlement with Constand.

Lawyer Tom Mesereau told the judge he wants jurors to know how much Constand got from Cosby so he can show "just how greedy" she was. Cosby's old legal team agreed with prosecutors to keep the settlement out of his first trial.

The settlement ties directly to a claim from Constand's former co-worker who said Constand spoke about fabricating sexual assault allegations against a celebrity so she could sue and get money, Mesereau argued.

Constand sued Cosby after prosecutors in 2005 declined to press charges. Cosby settled for an undisclosed sum. A former district attorney has said that the settlement was worth millions of dollars.

Of the other potential witnesses whom prosecutors want to call, the oldest allegation against Cosby dates to 1965 and the most recent is from 1990 or 1996, at least eight years before prosecutors say he assaulted Constand.

The allegations are impossible to defend against, James argued in court.

Pennsylvania allows prosecutors to present evidence of alleged past misdeeds if they demonstrate the defendant engaged in a signature pattern of crime. Prosecutors argue Cosby used his power and appeal as a beloved entertainer to befriend younger women, then plied them with drug or alcohol before assaulting them.

Seeking to rebut the defense arguments, prosecutor Adrienne D. Jappe said Tuesday the other accusers show that Cosby had a long history of sexual misconduct.

O'Neill allowed just one other accuser to take the stand at Cosby's first trial last year, barring any mention of about 60 others who have come forward to accuse Cosby in recent years.

Dave Zuckerman, a former prosecutor who now practices criminal defense in the Pittsburgh area, said the fight over whether other accusers will be allowed to testify is "critically important" to both sides.

For the DA, the ability to have several accusers tell similar stories about Cosby could bolster Constand's credibility, "which I think might help put the case over the edge in favor of the prosecution," Zuckerman said.

"Now it becomes more than just one accuser against Bill Cosby," he said. "Now you have a pattern of multiple women."

The Associated Press does not typically identify people who say they are victims of sexual assault unless they grant permission, which Constand has done.