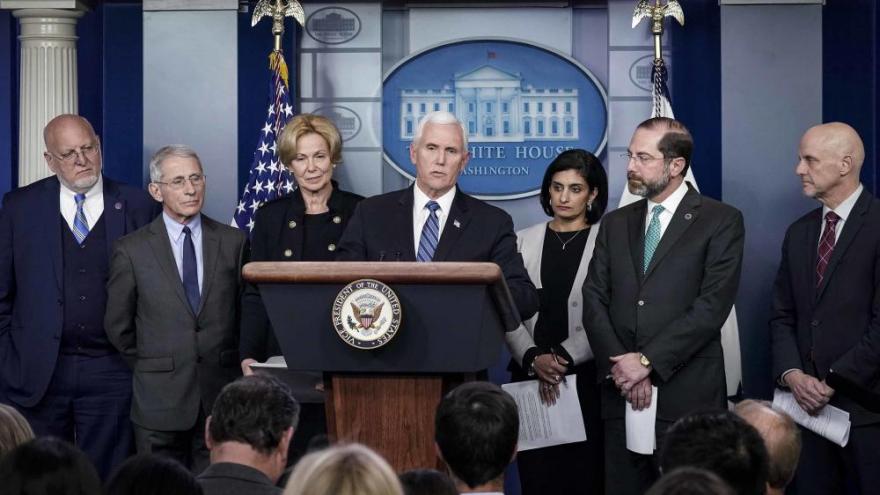 The announcement comes as at least 30 states are seeing a resurgence in cases of Covid-19, and California, Oklahoma and Texas are seeing fresh high peaks.

The briefing will not take place at the White House, but at the Department of Health and Human Services, according to a schedule released by the White House.

The public meeting comes as President Donald Trump has tried to declare the pandemic "over" despite the rising numbers, and has instead focused his administration's energy on reopening the economy.

He has also resumed campaign rallies, despite warnings by health experts on his own task force that the events could be super spreaders of the virus.

CNN reported earlier this month that the task force, which once convened daily and regularly updated the President on the virus, has been relegated to meeting once or twice a week, and that members' engagement with Trump has diminished.

Even as cases rise, an administration official familiar with discussions inside the coronavirus task force told CNN that the panel has remained sidelined and muzzled. Key members -- such as Director of the National Institute of Allergy and Infectious Diseases Dr. Anthony Fauci, White House coronavirus response coordinator Dr. Deborah Birx and Director of the US Centers for Disease Control and Prevention Dr. Robert Redfield -- are now far less visible than they were during the early weeks of the pandemic.

While testifying Tuesday before the House Energy and Commerce Committee, members of the task force were asked when they had last spoken to Trump about the administration's pandemic response and answered on the scale of weeks.

Fauci told committee members that he spoke to the President about two and a half weeks ago. He told reporters as he left the hearing room that he regularly speaks with Pence and his messages get through to the President that way.

Adm. Brett Giroir, assistant secretary for health at HHS, also testified he had last talked to Trump about two and a half to three weeks ago.

Food and Drug Administration Commissioner Stephen Hahn told Barragan it had been "some time" since he had last spoken with the President about the pandemic response. Asked if it had been more than a month, he said no.