Conyers steps aside from top spot on Judiciary 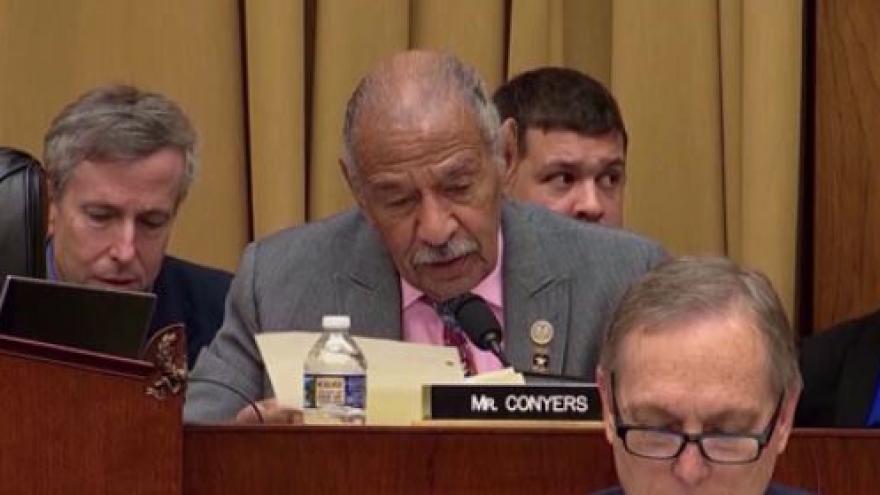 WASHINGTON (AP) — Michigan Rep. John Conyers says he is stepping aside as the top Democrat on the House Judiciary Committee amid a congressional investigation into allegations he sexually harassed female staff members.

In a statement Sunday, the 88-year-old Conyers says he denies the allegations and would like to keep his leadership role on the panel. But he says he "cannot in good conscience" allow the charges to be an undue distraction to his House colleagues while the investigation is continuing.