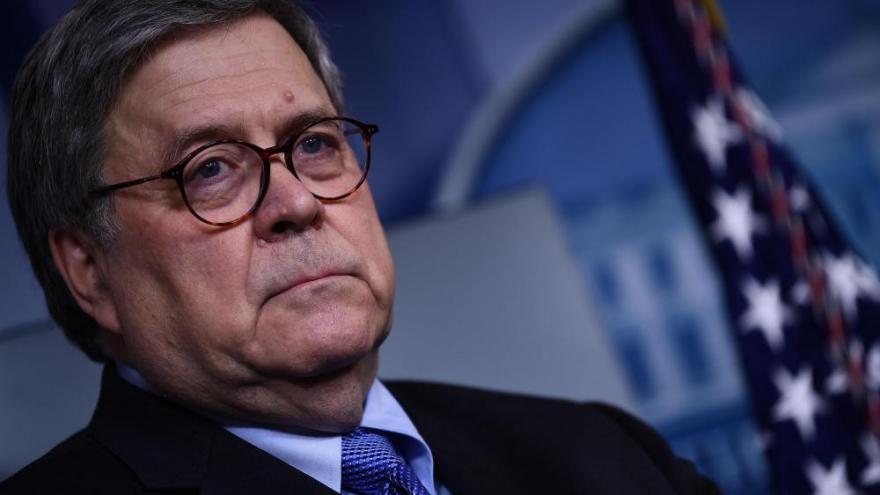 From Chicago to Cleveland to St. Louis, almost 400 guns have been seized since early July and 217 people face federal charges for crimes ranging from firearm and drug violations to acts of violence, like armed robbery and carjacking.

Many more have been charged by local prosecutors, authorities said, and some police departments that are receiving the federal assistance are seeing a change in their overall crime trends.

Under the program, known as Operation Legend, more than 1,000 federal law enforcement officers were sent to nine cities experiencing increasing crime rates to partner with local police in a surge that drew sharp concern from some local leaders.

The operation had been launched with clear partisan overtones at a White House event, and many Democrats had confused the plan with a separate but simultaneous deployment of federal authorities who were combating at-times violent protests against police brutality in Portland, Oregon.

But flanked by federal prosecutors and the families of violent crime victims at a news conference in Kansas City, Barr hailed the program as "one of the most significant law enforcement operations in the Department of Justice" and shared what he said were "encouraging early results."

Law enforcement leaders in Kansas City, Missouri, where 18 homicide suspects have been arrested since the launch of the program in July and five charged, agreed.

The city's clearance rate for homicides, which measures the number solved by police and referred for prosecution, has increased from 34% to 35% since the beginning of June.

"We wouldn't have solved the cases as timely as we had and we wouldn't have suspects in custody without our federal partnerships," said the city's police chief, Richard Smith. "This is absolutely making a difference."

Federal and local partnerships to fight crime have been routine over the past several years, although few have spurred as much scrutiny as Operation Legend.

Federal law enforcement officers often have access to superior investigative resources like gun-tracing programs and can be a boon to local police departments in communities where murders regularly go unsolved.

Operation Legend was launched in early July with little fanfare and public attention, although when it was expanded to more cities later that month, many elected officials feared it represented an effort by the Trump administration to stifle a wave of demonstrations that had taken hold across the country.

President Donald Trump seemed to stoke that conflation, saying he was targeting areas "all run by liberal Democrats" who he claimed had prompted increasing crime rates with "defund the police" policies that took hold in progressive circles after George Floyd's killing in May in the custody of police.

But criticism waned in the days that followed, and the operation has since expanded to a total of nine cities. The results released by the Justice Department on Wednesday did not include figures from Indianapolis, where the program was launched just last week.

In Chicago, where dozens of children have died from gun violence this year, 61 people have been charged with federal crimes under Operation Legend, including 34 for firearms-related offenses.

In Milwaukee, where Democrats have based their presidential nominating convention this week, 11 people have been charged with federal crimes and 28 guns have been seized by the federal and local task forces.

The Justice Department program comes as violent crime has increased dramatically this year, albeit to far lower levels than the peaks of the early 1990s. According to the Council on Criminal Justice, a nonpartisan think tank, homicides in 20 major US cities increased by 37% from May to June, led by Chicago, Philadelphia and Milwaukee. Aggravated assaults jumped 35% over the same period, while other types of crime were down.

The think tank said it was too soon to point to a main driver for the trend, though it said the social stress caused by the coronavirus pandemic and recent national unrest cannot be overlooked.

On Wednesday, Barr offered up his own diagnoses for the upticks, which situated them within a political context.

"This spike may have a lot of reasons behind it. Some of it may be the pent-up aggression prompted by state and local quarantine orders," Barr said.

"And I think it also is related to the efforts that we've recently seen to demonize police and to defund their work," he added, without providing evidence.

Barr also argued that policies in some jurisdictions to release individuals charged with violent crimes ahead of their trials is contributing to the trend because it dissuades witnesses who may fear retaliation from cooperating with investigations.

The ability to bring federal charges through partnerships like Operation Legend helps to remedy that, Barr said.