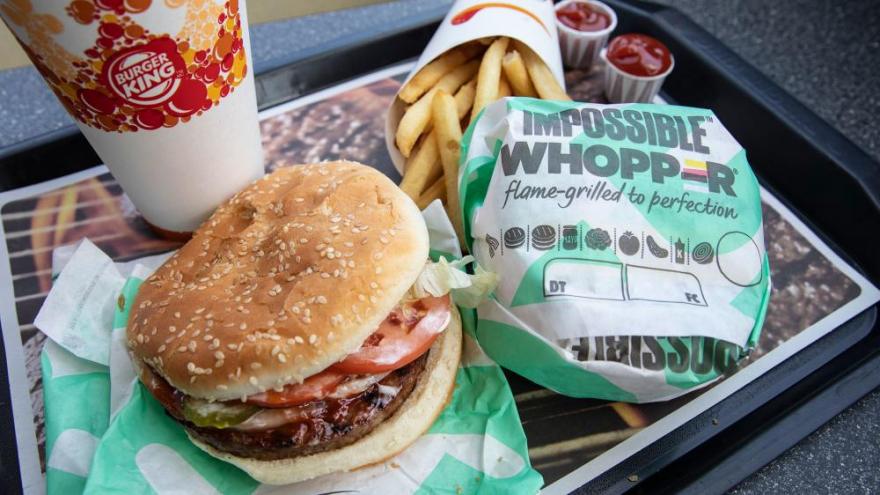 Activist conservative group One Million Moms is taking aim at Burger King for using what it calls the "d-word" in a commercial promoting the non-meat Impossible Whopper. That ad was posted online in August when Burger King began sales at stores nationwide.

(CNN) -- Activist conservative group One Million Moms is taking aim at Burger King for using what it calls the "d-word" in a commercial promoting the non-meat Impossible Whopper.

In the ad, a group of people taste-test the plant-based patty that has been a hit for the fast-food company. With a mouthful of food, one man says, "Damn, that's good."

That ad was posted online in August when Burger King began sales at stores nationwide. But on Friday, One Million Moms posted a press release criticizing the use of the "d-word" in the commercial.

"One Million Moms finds this highly inappropriate. When responding to the taste test, he didn't have to curse. Or if, in fact, it was a real and unscripted interview in which the man was not an actor, then Burger King could have simply chosen to edit the profanity out of the commercial," the group said in a press release.

"Burger King's Impossible Whopper ad is irresponsible and tasteless. It is extremely destructive and damaging to impressionable children viewing the commercial. We all know children repeat what they hear."

One Million Moms is a division of the American Family Association, the non-profit evangelical Christian group. Despite its name, it is not clear that the group has a million members. According to its website, more than 8,000 people have taken action on the Burger King issue, and its Facebook group has just shy of 100,000 likes.

The activist group long has targeted groups that feature LGBT people or relationships in a positive light. In 2012, the group called on JCPenney to remove Ellen DeGeneres as its spokeswoman because she is gay, but the retailer stood behind the comedian.

Last month, One Million Moms successfully campaigned to have Hallmark remove a Zola ad featuring a lesbian couple at the altar on their wedding day. Hallmark faced sharp criticism for the ad's removal and later reversed itself, saying it made the "wrong decision."