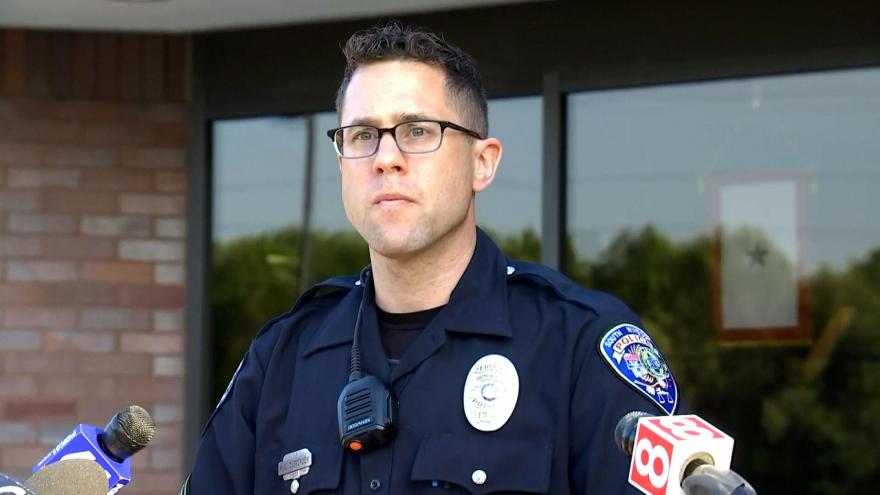 Sgt. Mark Cleverdon of the South Windsor Police Department spoke to the media Friday about the death of 30-year-old Jessica Edwards.

(CNN) -- A Connecticut man has been charged with manslaughter in connection with his wife's death Friday, hours after her body was found in a wooded area in East Hartford, police told CNN.

Tahj Hutchinson has been charged with first-degree manslaughter and is being held on $1 million bond, said Sgt. Mark Cleverdon, the public information officer for the South Windsor Police Department.

Jessica Edwards, 30, was reported missing to police on May 10 by her mother and sister, Cleverdon said. Hutchinson filed a missing person's report for his wife that day as well.

Hutchinson was arrested after police executed search warrants on the couple's home and vehicles, Cleverdon said, adding that cellular data of Hutchinson's location the day of the murder helped lead to his arrest.

The cause of death is unknown and an autopsy will be performed Saturday, Cleverdon said.

Hutchinson will have a court hearing Monday, Cleverdon said.