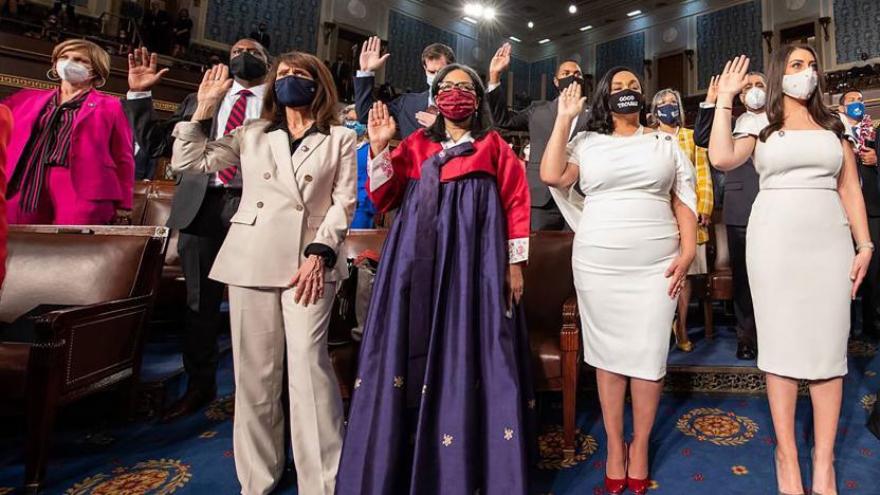 Rep. Marilyn Strickland is sworn in to Congress in a traditional Korean hanbok.

(CNN) -- Democratic Rep. Marilyn Strickland of Washington state made history not once but twice on Sunday.

She not only became the first African American to represent her state in Congress, but she also is one of the first Korean American women to serve in the House in its 231-year history.

So, when the time came to join the ranks of the 117th Congress -- the most diverse class with a record-setting number of women -- Strickland wanted to pay homage to her diverse roots.

She arrived at her swearing-in ceremony wearing a hanbok -- a nod to her mother's Korean heritage.

"As a woman of both Korean-American and African-American descent, it was deeply personal to wear my hanbok, which not only symbolizes my heritage and honors my mother, but also serves as a larger testament to the importance of diversity in our nation, state, and the People's House," the congresswoman said in a statement.

Strickland was born in Seoul, South Korea, to an African American World War II and Korean War veteran, who met her mother while he was stationed there.

Before coming to Congress, she served as the mayor of Tacoma, Washington, from 2010 to 2017.