Congressional Democrats have a 100% vaccination rate 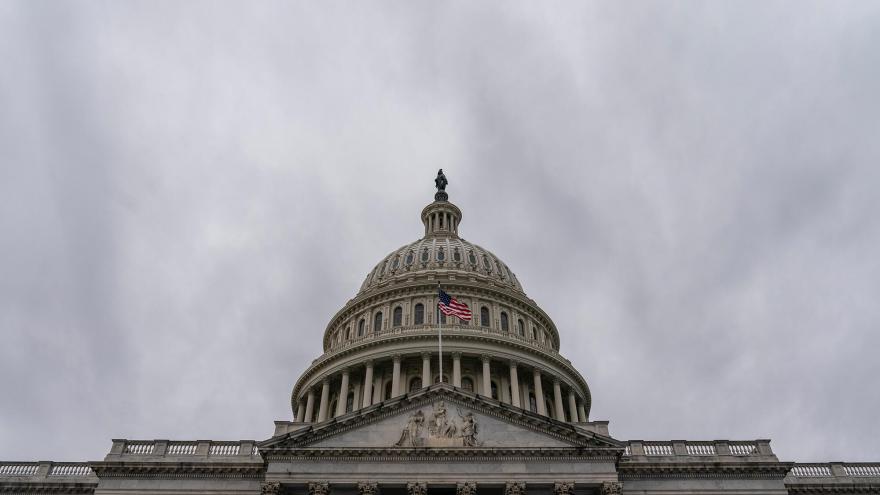 Although the US Centers for Disease Control and Prevention announced May 13 that people fully vaccinated against Covid-19 do not need to wear masks or practice social distancing indoors or outdoors except under special circumstances, the House mask requirement will remain in place until all members and floor staff are fully vaccinated.

(CNN) -- Democratic lawmakers in both chambers of Congress have a 100% vaccination rate against Covid-19, a CNN survey of Capitol Hill found this week, significantly outpacing Republicans in the House and Senate and illustrating the partisan divide over the pandemic.

For Republicans, at least 44.8% of House members are vaccinated and at least 92% of senators are, CNN found.

In a follow-up to a March House-wide survey and interviews with members, CNN confirmed that 312 of the 431 members of the House -- just over 72% of the 431-member body -- have now received a Covid-19 vaccination. Of that, all 219 House Democrats have reported being vaccinated. Among the Republican conference, 95 of the 212 members -- 44.8% -- have said they are vaccinated.

One hundred and twelve Republican offices did not respond to multiple CNN inquires.

Although the US Centers for Disease Control and Prevention announced Thursday that people fully vaccinated against Covid-19 do not need to wear masks or practice social distancing indoors or outdoors except under special circumstances, the House mask requirement will remain in place until all members and floor staff are fully vaccinated.

"No," House Speaker Nancy Pelosi said when asked if the rule mandating masks unless a member is speaking on the House floor would be modified. She then asked, "Are they all vaccinated?"

One House Republican, Rep. Tom Massie of Kentucky, said he is not vaccinated.

"The Pfizer and Moderna trials showed no benefit from the vaccine for those previously infected, so I will not be taking the vaccine," Massie said in a statement to CNN.

Both clinical trial and real-life data finds the mRNA vaccines are more than 95% effective at preventing severe Covid-19 illness, hospitalizations and death.

Three other Republicans -- Reps. Greg Steube and Kat Cammack of Florida and Marjorie Taylor Greene of Georgia -- said they did not want to share the information.

"I'm not going to talk about it. I don't think anybody should have to share their personal, private medical information with anybody," Steube told CNN.

Rep. Guy Reschenthaler of Pennsylvania told CNN, "I have the antibodies" when asked if he had been vaccinated. But experts don't know how long antibodies last in a person who has recovered from Covid-19, and research suggests that coronavirus vaccines will provide better protection, especially when it comes to some of the worrying variants. One study found that people in South Africa who received the Pfizer vaccine after B.1.351 became the dominant circulating virus were still very strongly protected from infection, and that protection lasted for at least six months.

All 50 members of the Senate Democratic caucus are fully vaccinated against Covid-19, according to interviews with those senators and a CNN review of their public statements.

On the Republican side, 46 of 50 senators report being vaccinated, while two won't publicly announce their vaccine status and two others -- Ron Johnson of Wisconsin and Rand Paul of Kentucky -- are refusing to get vaccinated, arguing they already got the disease and therefore don't need it.

Paul, who is an ophthalmologist, and Johnson argue that the antibodies they have are protective against serious reinfection despite the fact the CDC has been advising people that they do not know how long immunity lasts and to get the vaccine even if they have had prior infections.

"I thought I was doing everyone a favor," Johnson told CNN in a phone call in March. "I don't think any of this is settled science, but the reason I am not vaccinated yet is I have had Covid and even when I had it, I had a mild case. ... Now I am being attacked as being anti-science. It boggles my mind."

Vaccine hesitancy among Republicans remains a concern as the country races to end the pandemic, several polls have shown. Kentucky's other senator, Minority Leader Mitch McConnell, who is a polio survivor and vaccine supporter, has repeatedly addressed the issue, urging all Republicans to get the shot.

GOP Sens. Kevin Cramer and Mike Braun told CNN several months ago that they likely would get the coronavirus vaccine. But they say they will not publicly disclose their vaccination status, arguing it's a private medical decision.

Cramer, who represents the red state of North Dakota, said he decided not to share whether he got or will receive the shot "out of respect" for a lot of his constituents who value their privacy.

"What's really been emphasized back home is that for many, many North Dakotans ... the privacy is more important than the issue," Cramer said. "And really out of respect for them, I just feel like, you know, we don't divulge medical information."

The Indiana Republican cited many reasons Americans may choose not to get the shot, such as "allergies, personal or religious objections, or concerns over underlying health conditions" and argued "it isn't proper to intrude on any American's personal health decisions" in a statement that his office provided to CNN.

Braun also told CNN this week that his decision not to divulge his vaccination status was not related to how his constituents feel about privacy, but that it is his personal view. He contended, though, that the personal choice mindset is a "philosophy that we might have in a place like Indiana."

Asked if he thinks it's important to help promote getting a Covid vaccine by having the shot and publicly announcing it, as many Republicans remain hesitant, Braun said, "No, I think that's something that is a step too far."

At the same time, both Cramer and Braun recommend Americans get a vaccine to help end the pandemic if they want to.