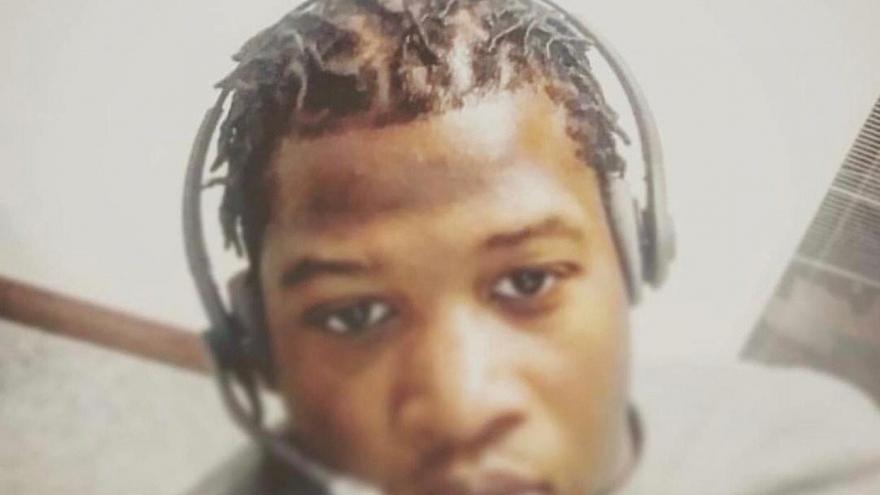 As Jemel Roberson laid motionless in the parking lot of a suburban Chicago bar, patrons stood feet away wailing and yelling at a group of law enforcement officers.

(CNN) -- As Jemel Roberson lay motionless in the parking lot of a suburban Chicago bar, patrons stood feet away wailing and yelling at a group of law enforcement officers.

More than a dozen videos released by the Cook County Sheriff's Office this week show the commotion after Roberson was shot by a police officer -- who Midlothian Police Chief Daniel Delaney identified last month as Ian Covey -- outside Manny's Blue Room Lounge in November. One bystander calls police racist, while another tells them to go home.

"Your man shot my man. The police shot security. That's what happened," a distraught security guard tells officers in the parking lot.

It's difficult to make out the conversation between the security guard and police because a man next to them continually cries, "No!" and utters a string of anguished expletives.

The security guard can clearly be heard, however, telling an officer that Covey killed Roberson after being told Roberson was a fellow bouncer. He appears at times to motion toward Covey off camera.

The videos, recorded by police dash cameras, body cameras and bystander cellphones, only show the aftermath of the shooting and not the moment when Roberson was fatally shot. It's unclear whether footage of the shooting exists.

The 26-year-old security guard was on duty at the bar in Robbins, Illinois, when a gunman started shooting into the club. A cell phone video shows bouncers trying to calm tensions near a doorway inside the lounge when a gun appears over a security guard's shoulder and someone opens fire. The camera pans downward amid the chaos.

It doesn't appear the gunman who fired into the club has been charged. Cook County sheriff's spokeswoman Sophia Ansari said in November the suspect was being treated at a hospital and had not been charged. Asked for an update Wednesday, she said only, "The initial shooting remains under investigation."

While witnesses said Roberson was wearing clothes that clearly identified him as security, Illinois State Police, the agency leading the investigation, said he was wearing "plain black clothing with no markings readily identifying him as a security guard."

In the video, the security guard raises the issue of Roberson's attire: "Do you not see us with vests on, bruh? Why would I have a vest on, bruh? This s**t ain't for fun."

In a statement, Cara Smith, chief policy officer at the Cook County Sheriff's Office, said the agency released the videos, the product of a Freedom of Information Act request, "in the interest of transparency."

Smith declined to comment on the criminal investigation, saying detectives "continue to work diligently to investigate the initial shooting at Manny's in Robbins."

'He's working with us'

Multiple videos recorded outside the club show officers and paramedics tending to Roberson, and later taking him away a stretcher.

A man dressed in a black vest, who said he was also a security guard, can be seen in multiple videos talking with an officer.

"Somebody opened the side door. He come in and fired like (inaudible) five shots," he says before recounting to the officer how Roberson was holding an alleged gunman on the ground.

Asked if he knows the identity of the initial shooter, the security guard says, "He was on the ground."

"He's over there now?" the officer asks.

"Yes, now," the security guard responds, before turning his attention back to Covey. "Everything was down. This man comes up inside the f***ing club with his rifle pointed at every f***ing body. (Roberson) had his gun still out, holding the offender on the ground.

He continues, "I want his name. I want his badge number. I want every f***ing thing."

Illinois State Police described the events differently in the days after the incident.

"According to witness statements, the Midlothian Officer gave the armed subject multiple verbal commands to drop the gun and get on the ground before ultimately discharging his weapon and striking" the security guard, police had said in a statement.

Chief Delaney described the shooting as "the equivalent of a 'blue on blue' friendly fire incident."

Toward the end of the video, officers can be heard trying to quell the tensions, telling club patrons, "Relax" and "Let them come in here and try and help y'all." A bystander can be heard saying, "Help him out, bruh. Get somebody to help him out."

Other witnesses can be heard saying Roberson is not breathing or dead. Roberson was later pronounced dead at a hospital.