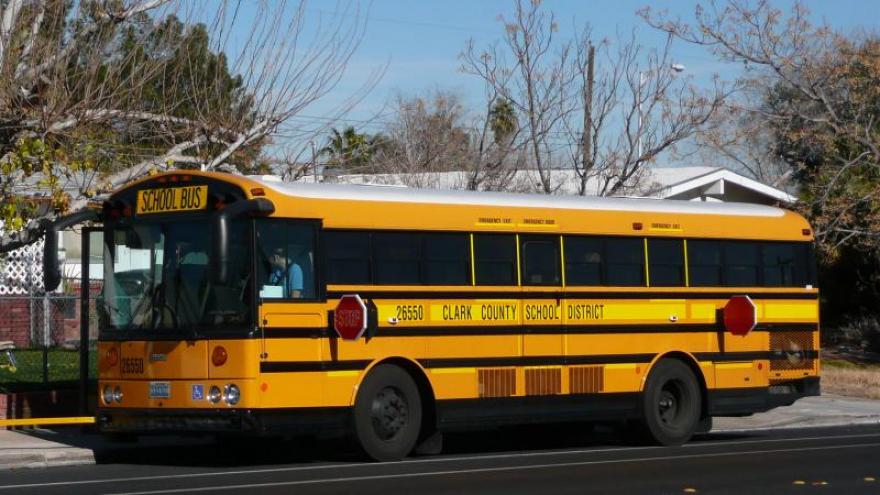 Hackers compromised confidential information from past and present staff and students of Clark County School District (CCSD), according to a statement posted on the school's website.

(CNN) -- Hackers may have gained access to confidential information about current and former staff and students of the fifth largest school district in the United States, according to a statement posted on the district's website.

The Clark County School District (CCSD) in Las Vegas reopened for in-person learning on August 24. It was attacked by hackers three days later in an incident first reported by the Wall Street Journal.

On the morning of August 27, according to the statement, certain computer systems from CCSD became infected with a virus that prohibited access to certain files. The Wall Street Journal reports that hackers published documents containing Social Security numbers, student grades and other private information from CCSD students and staff after officials refused to pay a ransom in return for unlocking district computer servers.

According to CCSD, the school district currently serves more than 320,000 students in Clark County, Nevada.

CCSD did not specify whether confidential information had been published but did acknowledge "that certain current and former employee information may have been accessed or acquired by the unauthorized actor."

The district said it has "not received any reports of actual or attempted misuse of the impacted information" and is providing a notice to students and staff out of an abundance of caution.

The school district immediately informed law enforcement which involved third-party forensic investigators to look into the incident, according to the statement. Investigators concluded that CCSD was a victim of a criminal ransomware attack.

The school district is working to restore all systems to secure full functionality, according to the statement.

CCSD is not the only district to become the victim of a cyberattack in the new year.

Hartford Public Schools in Connecticut postponed in-person classes and online learning at the start of the school year, citing a ransomware virus that caused an outage of systems in the network infrastructure.

"Everyone at Hartford Public Schools was ready to welcome back our beautiful and capable students in person and remotely. We will provide updates when we have additional information to share," a statement published on the district's website read.

And the Miami-Dade school district saw dozens of attacks in the early days of the academic year.

Last week, school officials announced a 16-year-old student had been arrested and charged in connection with several of the attacks. The student, officials said, admitted to orchestrating eight attacks.

The teen's computer and gaming system were taking into evidence, Miami-Dade Schools Police Chief Edwin Lopez said, adding it's unclear if the student was working alone.

Officials say they believe there are other attackers. Some of the IP addresses involved in the attacks have been traced back to Russia, Ukraine, China and Iraq, Superintendent Alberto Carvalho said. It's unclear if there are attackers physically in those countries, but school officials said they're working with international authorities in their investigations.