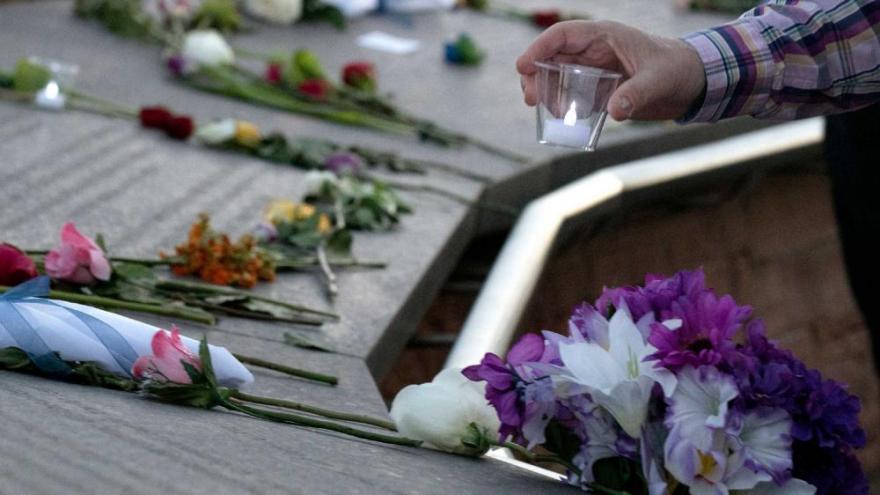 A vigil is held for the 20th anniversary of the Columbine High School mass shooting on April 19, 2019 in Littleton, Colo. A new Secret Service report says community awareness has thwarted attempted school attacks.

(CNN) -- Vigilant community members attuned to warning signs from potential shooters were instrumental in thwarting many school attacks between 2006 and 2018, according to a report from the US Secret Service that gives new insight into how attention to concerning behavior can stave off mass shootings beyond schools.

The Secret Service's National Threat Assessment Center explored 67 cases in which either current or former students and others planned to carry out violence directed toward schools, staff or at least one other student between 2006 and 2018 but were stopped before they could harm anyone.

RELATED: 1 in 5 Colorado high school students say they have easy access to firearms

In every case of a thwarted attack, a member of the community -- such as a fellow student, school staff member or a parent -- contributed to stopping the attack.

The report highlighted a startling incident in which a mother discovered kitchen knives were missing and contacted her son's school. When the child was removed from class, knives, a handgun and more than 460 rounds of ammunition were discovered in the child's backpack. He was just 11 years old.

Most potential attackers displayed concerning, observable behavior while developing the attack, showing a list of moments in which authorities or parents could intervene. Almost two-thirds of would-be attackers displayed emotional or psychological symptoms such as depression, homicidal thoughts, suicidal thoughts, or anger. Some students displayed a concerning interest in violence or researched past attacks such as Columbine, the Oklahoma City bombing, or the Aurora, Colorado, movie theater shooting. A few students appeared drawn to White supremacy.

Roughly 85% of plotters did "weapons-related planning," which could include researching weapons or taking steps to acquire them, such as procuring a firearm or building a bomb. Potential school attackers often planned their actions in detail and some of them chose clothing or music they hoped to play during the incident.

The report also highlights an alarming trend: Often, plotters had unimpeded access to firearms for a list of reasons including being old enough to buy a gun legally, knowing the code to a safe with firearms inside, or parents simply allowing students access to guns inside the home.

The NTAC was launched in 1998 to apply the Secret Service's threat detection expertise to other areas of targeted violence, and themes highlighted by the report are also visible in some of the recent mass shootings that have refocused the nation's attention on motivations and accessibility of weapons, though they didn't have any nexus to schools.

A brother of Ahmad Al Aliwi Alissa -- the man accused of gunning down 10 people at a King Soopers grocery store in Boulder, Colorado, on March 22 -- told CNN that Alissa may have been suffering from mental illness. Ali Aliwi Alissa said in high school bullies made fun of Alissa's name and for being Muslim and that may have contributed to him becoming "anti-social."

Alissa had become increasingly "paranoid" around 2014, believing he was being followed and chased, according to his brother. At one point, the young man covered the camera on his computer with duct tape so he could not be seen, said the brother, who lives with Alissa.

Like others in the Secret Service report, Alissa had unimpeded access to firearms. According to police, Alissa legally purchased on March 16 an AR-15-style firearm that a senior law enforcement source confirmed was later used in the shooting.

According to the arrest warrant, a woman identified as the suspect's sister-in-law "stated that (Ahmad Al Aliwi) Alissa was seen playing with a gun she thought looked like a 'machine gun' about 2 days ago. She did not believe the gun looked like the rifles she has seen in old Western movies. . . . Alissa had been talking about having a bullet stuck in the gun and was playing with the gun."

In 2019 Colorado passed a "red flag" law allowing family members or other household members to request a temporary order that, if deemed warranted, could prevent someone from purchasing or possessing a firearm for up to 364 days. Law enforcement has not indicated anyone from Alissa's family or household considered or requested such a move under the new law, nor have they indicated it would have been warranted.

Encouragingly, community vigilance stopped what could have been one more similar incident, this time in Georgia.

An Instacart shopper who entered an Atlanta supermarket bathroom this week told police he saw an AR-15 style rifle and heard what he believed was the sound of someone loading guns in a bathroom stall.

When police arrived on scene, they found a 22-year-old man with six loaded firearms of varying size.

Police didn't immediately describe what the man planned to do with the weapons, though he now faces a list of charges.