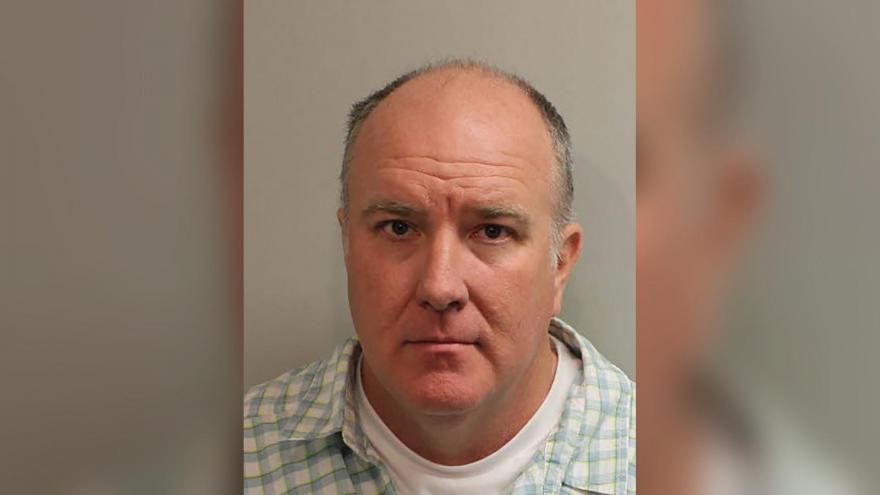 James Ellis Dees is charged with nine counts of criminal mischief. Dees admitted that he wrote slurs in airport bathrooms and a parking lot elevator, according to court documents.

(CNN) -- A commercial pilot has been charged with criminal mischief after allegedly writing racist and pro-Trump graffiti at the Tallahassee, Florida, airport, court documents show.

Police charged James Ellis Dees, now a former Endeavor Air employee, with nine counts of criminal mischief after he admitted he wrote such slurs as "#MAGA =NO N**S =NO SP**S" -- derogatory terms toward African Americans and Hispanics -- multiple times, according to court documents. The graffiti was found mainly in airport bathrooms and the parking lot elevator.

Airport police approached Dees and asked about the graffiti earlier this month. When police told him he was identified as the writer after a camera was installed in the parking lot elevator where the graffiti was discovered, the court document said, Dees admitted to writing some of it.

Dees told the officer he had "been going through a 'really tough time,' and has anger issues."

Police released Dees after questioning him, and Dees "began to get on his flight, but then decided that he was not in the 'right state of mind' to fly a plane," according to court documents. He then left the terminal.

Dees pleaded not guilty to the charges during his first court appearance January 9 and waived his arraignment hearing.

Joe Bodiford, an attorney for Dees, told CNN he has no comment regarding the case.

Dees no longer works for Endeavor, a Delta subsidiary, according to a Delta spokesperson.

"These actions in no way reflect the values of Endeavor Air, and this individual is no longer employed by the airline," the spokesperson told CNN.

According to an FAA database, he was issued an airport transport pilot certificate in January 2013.

Tallahassee Police say 20 incidents of graffiti were reported to its airport unit from December 2018 to December 2019. The majority were racist, four were in support of impeachment or against the President and one was undefined. Dees admitted to all but one of the racist graffiti incidents, but to none of the other graffiti.

Police say the total damages were less than $200 dollars.