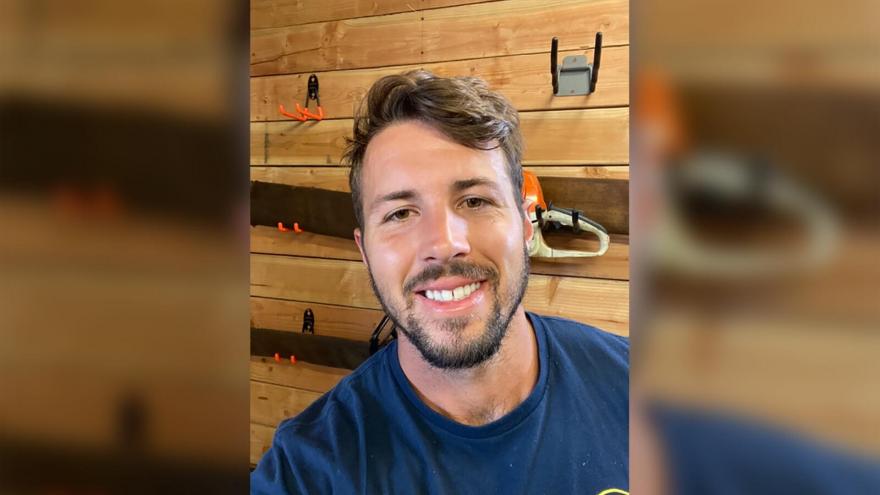 Michael Clark, known as wildlandmike on TikTok, went viral this week after debunking popular conspiracy theories about the wildfires on the West Coast.

(CNN) -- Firefighters are, obviously, known for fighting fires. But one is taking his job a step further -- by fighting conspiracy theories, too.

This week, Michael Clark, a firefighter based in Hawaii, made a TikTok video debunking popular myths and misinformation about the wildfires spreading on the West Coast. The video is a duet, with another TikTok-er's video in the left-hand corner. While that video perpetuates the conspiracy theories, Clark casually debunks them on the right side of the screen.

The other user, hinting the wildfires were planned: "Is it not weird to you guys to know that the fires know when to stop at the border?"

Clark, shaking his head: "Because it's a US database map you're looking at. Not going to be reporting Canada fires."

It continues like this for about a minute -- a theory, followed by Clark debunking it.

"I've seen bizarre wildfire conspiracies before, but this one stuck out to me," the 27-year-old told CNN.

The other user, he said, has a verified account on TikTok with about 2 million followers. To him, pushing out the misinformation just seemed irresponsible.

"I don't want anyone to think of her in a bad way," Clark said. "But just with how much followers and influence she had, I didn't want people to take this and run with it."

Clark admits that it's a lot more interesting to watch theories than just the facts. But with everything going on now -- the wildfires, the Covid-19 pandemic -- Clark said the last thing people need is more misinformation being spread.

The biggest thing to do is simply check your facts, he said.

"That's my biggest advice, is just do your own research," he said. "Obviously, fires aren't stopping at borders."

Clark created a Twitter account to claim the wildlandmike handle before someone else did. He now has 23,000 followers, including actor Ryan Reynolds.

Since uploading the video, along with obtaining thousands of new fans, Clark has been dubbed the "hot firefighter" by some on the internet. And ladies, go on and shoot your shot: He's single.