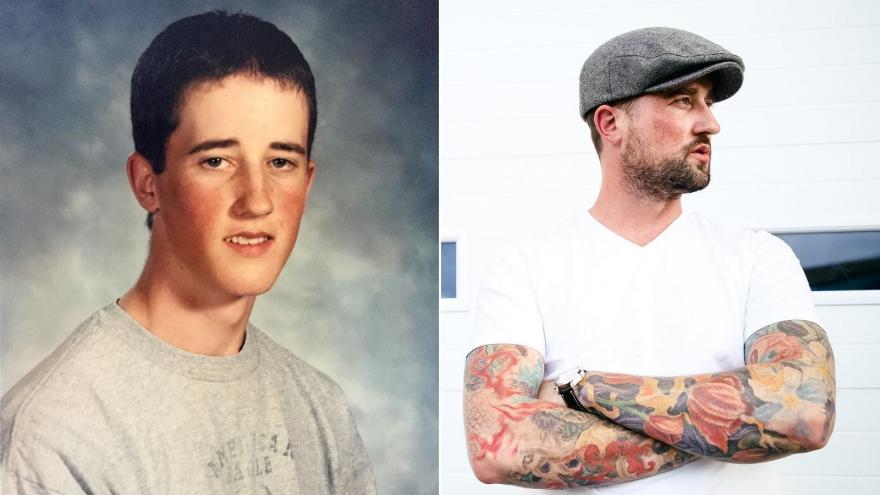 Austin Eubanks, one of the survivors of the 1999 Columbine shooting in Colorado, was found dead at his home early Saturday, according to Routt County, Colorado, Coroner Robert Ryg. Full Credit: Courtesy Austin Eubanks/Danielle Zimmerer

(CNN) -- Austin Eubanks, one of the survivors of the 1999 Columbine shooting in Colorado, was found dead at his home early Saturday, according to Routt County, Colorado, Coroner Robert Ryg.

Eubanks was found dead during a welfare check after he didn't answer his phone, Ryg said. Eubanks was 37.

No foul play is suspected, and an autopsy is scheduled for Monday, Ryg said.

Eubanks struggled with opioid addiction after the shooting and later became a public speaker discussing the issues of substance abuse in the country, according to his website.

From his Twitter account, it appears he last spoke at the 2019 Connecticut Opioid and Prescription Drug Prevention Conference on May 2.

Eubanks "lost the battle with the very disease he fought so hard to help others face," his family said in a statement, according to CNN affiliate KMGH. "Helping to build a community of support is what meant the most to Austin, and we plan to continue his work."

The family noted that Eubanks' cause of death is unknown and it is awaiting autopsy results.

Eubanks was 17 at the time of the Columbine shooting, KMGH said.

He was in the library with his friends, trying to decide whether they were going to go fishing or play golf after school, when they heard the sound of gunshots.

"A teacher ran through the same doors that we just entered into the library, yelling at everybody to get under the tables, that somebody had a gun, and I remember just being in shock," Eubanks told CNN last year.

Eubanks, his best friend and a couple of other students hid under the same table. About 10 minutes later, the shooters entered the library and methodically fired under each table, Eubanks said. He was shot in the hand and knee. His best friend was killed instantly.

"Obviously, after that, my life took a pretty big detour," Eubanks said.

"As a result of my injuries, I was pretty significantly medicated about 45 minutes after being shot. I remember immediately being drawn to that feeling, because it took the emotion away," he said of the pain medication.

Within a matter of weeks, he said, he developed an opioid addiction.

Eubanks continued to struggle with addiction in his 20s, he said. Then, after multiple attempts at residential treatment, he found long-term recovery and decided to devote his time to speaking out about addiction recovery.