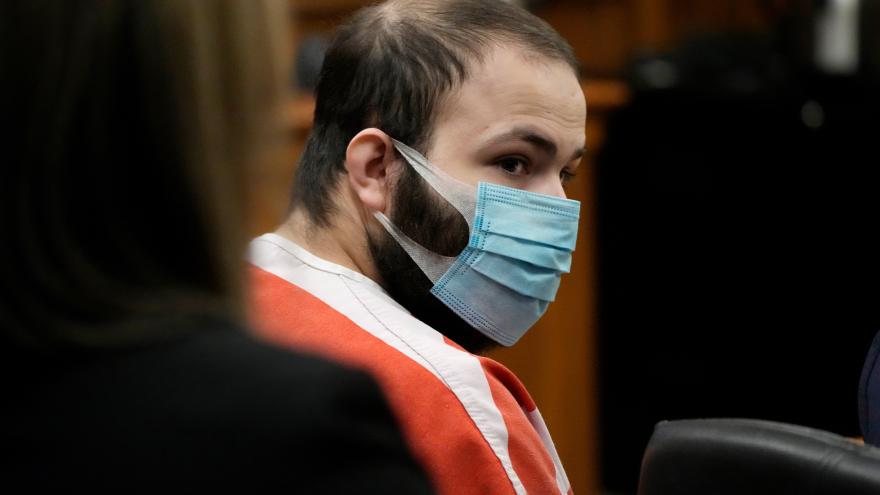 (CNN) -- The 22-year-old suspect in a deadly mass shooting at a Colorado supermarket has been deemed "incompetent to stand trial currently" by a doctor, according to Boulder County District Attorney Michael Dougherty, following a second court-ordered competency evaluation.

The suspect was declared incompetent to stand trial by evaluators in October, according to court documents. But prosecutors in the case were granted a second hearing.

Ahmad Al Aliwi Alissa, is accused of opening fire on March 22 at the King Soopers store in Boulder leaving ten people dead, including a store manager and a police officer. He faces a total of 54 charges, including ten counts of murder and one count of attempted murder.

"We appeared in open court earlier today to talk about, with the court, the recent competency evaluation that came back in the case of the King Soopers shooter. In the second court order of competency evaluation, the doctor who is a widely-respected expert found the shooter to be incompetent to stand trial," Dougherty said.

This is Alissa's third evaluation, according to Dougherty. The suspected shooter was evaluated by a defense expert, two doctors from the state hospital, and most recently by a doctor selected by the prosecutors.

"All four of those doctors, over the past three months, have determined that he is incompetent to stand trial currently," he said.

Dougherty went on to point out the distinction between competency and insanity.

"Competency is different than insanity, or a mental health defect. So, we're not talking about what he did on March 22nd. We're talking about whether he is competent to stand trial right now," Dougherty said.

He added the doctors have determined he has deteriorated while at the Boulder County Jail, and needs medical treatment. But based on the latest evaluations, Dougherty said he is "confident" Alissa will be restored to competency.

Alissa is being sent to a state hospital for treatment, according to Dougherty, and the next competency update in court is set for March 15, 2022.