Colorado Springs shooter was upset that he wasn't invited to the family gathering where he killed six people, police chief says 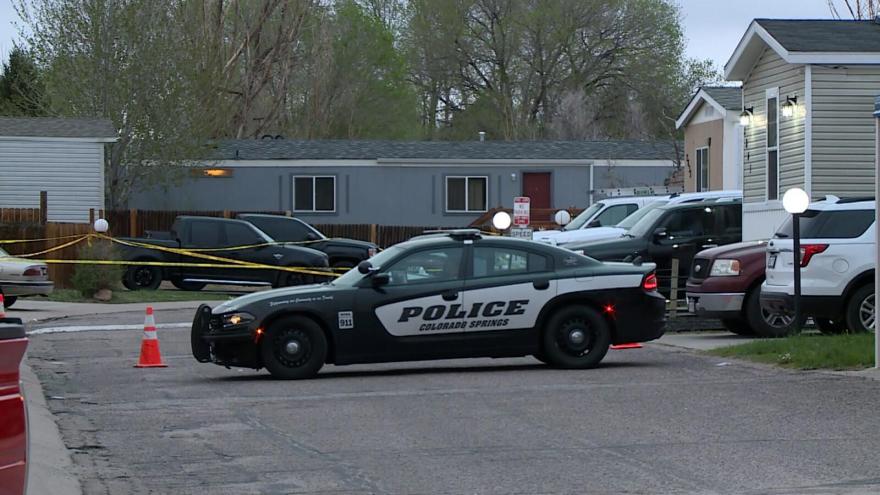 The man who fatally shot six people at a birthday party in Colorado Springs was upset at not being invited to the event, authorities said at a news conference Tuesday afternoon.

(CNN) -- The man who fatally shot six people at a birthday party in Colorado Springs was upset at not being invited to the event, authorities said at a news conference Tuesday afternoon.

The police chief said Teodoro Macias, 28, had been dating Sandra Ibarra, one of the six victims for about a year.

Ibarra and five other members of her extended family were shot in quick succession after the suspect arrived at the home early Sunday with a Smith & Wesson M&P pistol, according to Lt. Joe Frabbiele of the Homicide Assault Unit.

Frabbiele said evidence showed the man was upset over the lack of an invitation.

"When he wasn't invited to a family gathering the suspect responded by opening fire and killing six victims before taking his own life," Chief Vince Niski said.

Three children, ages 2, 5, 11, were unharmed but police said there is evidence they witnessed what happened.

A seventh adult also was unharmed.

The suspect apparently shot himself soon after shooting the others.

"At the core of this horrendous act is domestic violence," Niski told reporters. "The suspect, who was in a relationship with one of the victims, displayed power and control issues in this relationship."

The chief said the investigation is ongoing.

"My vow to (the victims) and your family is we will continue our work to find you every answer you deserve," he told reporters.

On Monday, a relative, Freddy Marquez, said the birthday party was for his wife, Nubia, who left the party early with him, and for Nubia's older brother, Melvin Perez.

Marquez identified the deceased victims as:

-- Melvin Perez, who would have turned 31, brother of Nubia and Jose Gutierrez

The suspect had no criminal history and investigators haven't found any evidence he was physically abusive to Sandra Ibarra, Frabbiele said.

Investigators in the Colorado city recovered 17 shell casings, an empty pistol magazine and another partially loaded 15-round magazine in the 9mm handgun.

The gun was purchased by someone else in 2014 and there were no other sales records nor had the gun been reported stolen, Frabbiele said.

Marquez and Nubia left the party early at around 10 p.m. on Saturday, he said.

When they woke up, they realized they had a bunch of missed calls from Melvin's son. When Marquez and his wife learned what happened, he said they thought it was a joke at first.

"We're just in shock, just in disbelief," he said.

Freddy Marquez said he had only met the suspect once, four or five months ago, and said he went by the name "Junior."

"When we were there, it was just family," said Marquez, referring to the party. "It was nobody outside of the family. So when we woke up to that news, we were like, no way, why?"

According to Marquez, some people were already asleep when the shooting happened and the adult who survived -- the husband of Joana Cruz -- was in the bathroom when the suspect arrived.

"He said he heard all the gunfire and when he opened up the (bathroom) door, everything had happened already, almost like in a blink of an eye," Marquez said.

They've been starting to make funeral arrangements, but he said it's been overwhelming due to the number of family members they're planning for.

A friend of the family, Alisha Morales, has set up a Facebook fundraiser page.

"All donations will go directly towards their funeral expenses and any additional will help their family during this tremendous loss," Morales wrote.