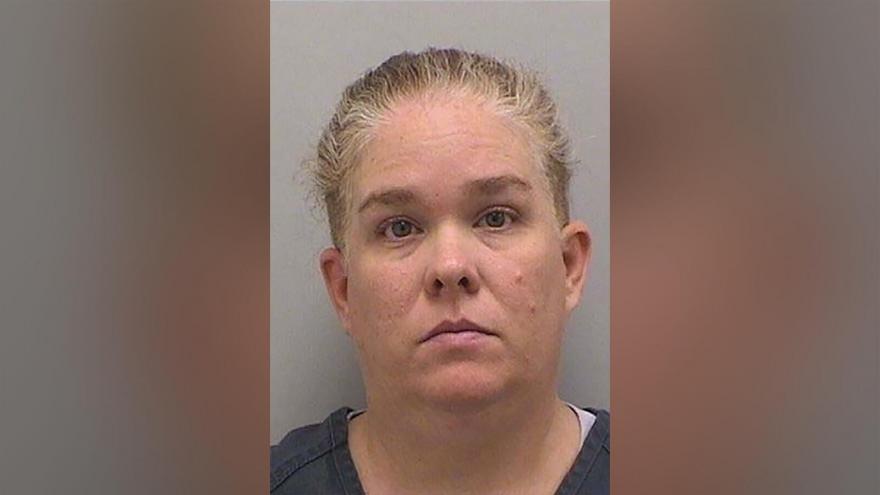 Kelly Turner agreed to a plea deal in January that dropped a murder charge.

(CNN) -- A Colorado woman accused of profiting off the fake illnesses of her 7-year-old daughter before the girl's death in 2017 has been sentenced to 16 years in prison.

Douglas County Judge Patricia Herron on Wednesday sentenced Turner on the three counts and ruled the sentences will run concurrently. The sentencing decision isn't subject to reconsideration, the judge said.

Before the deal, Turner had been charged with murder in the death of Olivia Grant, but those counts and others were dropped as part of the agreement, Vikki Migoya, spokesperson for the district attorney said at the time.

Olivia participated in events planned by the Make-A-Wish Foundation, and was seen on ride-alongs with police and firefighters honoring her wishes of serving her community.

She died in August 2017 of intestinal failure after Turner signed a do-not-resuscitate order, telling doctors that Olivia's quality of life was too poor to keep her alive, according to a 2019 indictment.

Multiple physicians told investigators that the conditions Olivia supposedly had were not supported after examination, and six doctors said none of the conditions constituted terminal illnesses, prosecutors said.

Today's sentencing is pursuant to a "fiercely negotiated" plea agreement that came after months of challenges on both sides, Herron said.

"These cases are difficult for both sides, for everyone. Hopefully, the sentence that's imposed will bring some closure to both sides and allow people to begin to heal at least," Herron said.

Chief Deputy District Attorney Christopher Gallo reiterated his frustration with prosecuting this case, as he had at the time of the plea agreement.

"I think this plea recognizes some level of accountability on the part of this defendant for this insidious years-long crime and her role in hastening the death of a very special, very sick young girl," Gallo said. "And ultimately, just the sad thing is nothing that we do in this courtroom is ever going to make that right."

Prosecutor Valerie Brewster read a letter from Olivia's grandfather Lonnie Gautreau, who called Olivia an "amazing child." The prosecution also played a montage of photos and videos of Olivia on behalf of Gautreau.

Turner's mother questioned the charges against her daughter in a letter read by defense attorney Ara Ohanian. He dismissed claims that Turner suffers from Munchausen-by-proxy, an illness only diagnosable by a mental health professional.

Ohanian said Turner wants to take accountability for what she did in this case, but he was adamant Turner isn't responsible for killing her child.

Herron also ruled on Wednesday that Turner will not be allowed to profit on any information or facts related to this case, and any compensation she receives will be donated to the charities she defrauded.

The judge added that Turner may not have any contact with her other daughter, Samantha, sparking debate between the defense, prosecution and Gautreau.

The attorney representing Olivia's estate and the family in a civil case released a statement following the sentencing.

"Olivia's grandparents are completely devastated over the preventable death of their bright, talented and beautiful granddaughter. Now that the legal matters have resolved -- Olivia's grandparents want to join forces with the community and state to bring public awareness to Munchausen's disease or medical child abuse and to change Mandatory Reporter Policies and Laws," attorney Hollynd Hoskins said in the statement.

The grandparents want these new policies and law named after Olivia, the statement said.