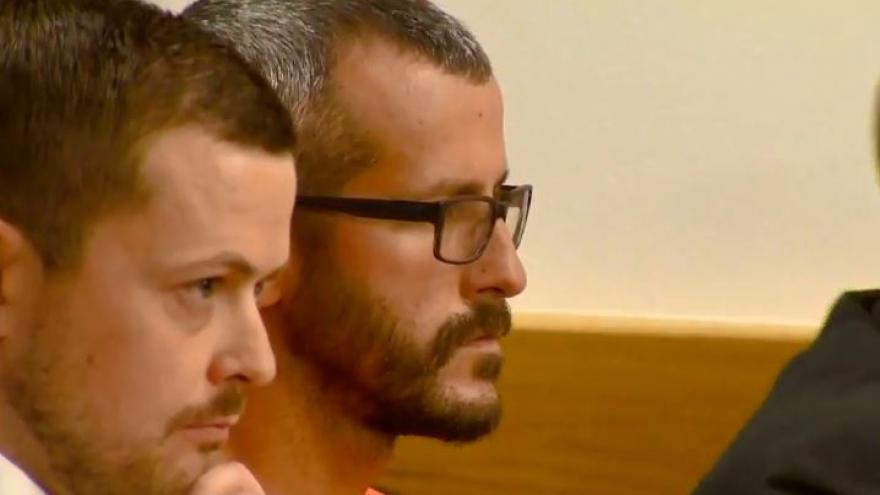 DENVER (AP) — The Latest on the arrest of a Colorado man in the disappearance of his family (all times local):

A man whose pregnant daughter was killed, along with his two granddaughters, sobbed with his face in his hands as a Colorado judge read formal charges against his son-in-law.

Shanann's brother, Frank Rzucek Jr., rubbed his father's shoulders and glared unflinchingly at his brother-in-law. A bailiff stood between them.

Christopher Watts stoically answered "Yes sir" as the judge asked whether he understood the murder and other felony charges against him and the penalties they carry, including the death penalty.

Christopher Watts is charged with first-degree murder in the deaths of his wife, Shanann, and 4-year-old Bella and 3-year-old Celeste.

Watts didn't enter pleas Tuesday. The judge set the next hearing for Nov. 16.

A Colorado man is due back in court Tuesday to formally learn that he has been charged with the murders of his pregnant wife and two daughters.

Christopher Watts also faces charges of unlawful termination of a pregnancy and three counts of tampering with a deceased human body. It is not clear whether he will enter a plea during the court appearance.

A court filing unsealed Monday says Watts admitted to police that he killed his wife. But he said he strangled her in "a rage" when he discovered she had strangled their two daughters after he sought a separation.

The document says the 33-year-old man then drove his wife and daughters' bodies to an oil work site where he buried 34-year-old Shanann Watts and put the bodies of 4-year-old Bella and 3-year-old Celeste inside an oil tank.

Watts is being held without bail.