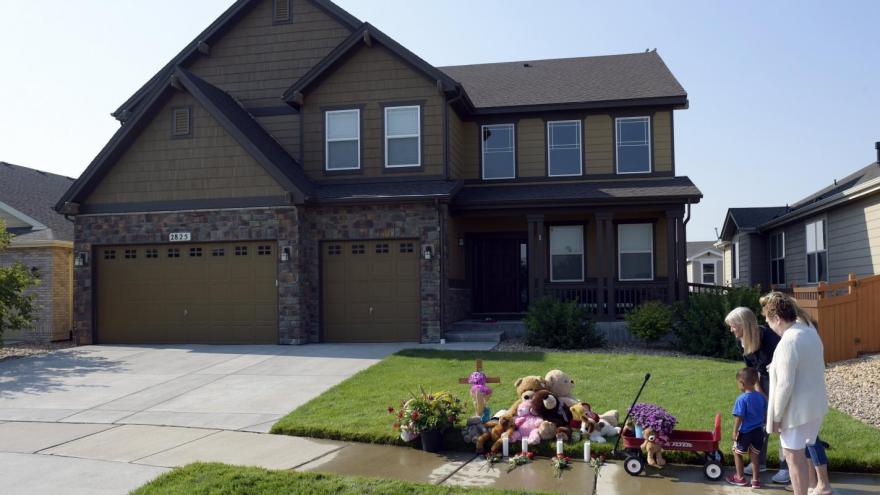 Chris Watts' multilevel Colorado home is being foreclosed and put up for auction -- for any buyers willing to look past its tragic history. Full Credit: Lewis Geyer/Digital First Media/Getty Images

(CNN) -- Chris Watts' multilevel Colorado home is being foreclosed and put up for auction -- for any buyers willing to look past its tragic history.

The house in Frederick, where Watts killed his pregnant wife and two young daughters in August, will be up for public auction on April 17 at the Weld County public trustee's office in Greeley, according to paperwork filed last month.

Watts is serving life in prison for the killings.

The public trustee filed a notice on December 18 that the five-bedroom, 4,177-square-foot home is being foreclosed because mortgage payments have been missed. The house was bought in 2013 for about $400,000.

The mortgage's outstanding principal balance is about $349,900, the trustee's notice says. Real estate website Zillow.com estimates the home is worth about $510,000.

At auction, the highest and best cash bid will win, the notice says.

Watts' wife, Shanann Watts, 34, and their daughters, Bella, 4, and Celeste, 3, were reported missing August 13. The mother was 15 weeks' pregnant.

Chris Watts initially put out a plea for his family's return and denied having anything to do with their disappearance.

Three days later, the body of Shanann Watts was found in a shallow grave at an oil worksite. The girls' bodies were found in two oil tanks nearby.

Chris Watts had strangled his wife and suffocated the children, authorities said, and he was arrested.

Watts pleaded guilty in November to first degree murder and other charges in their deaths and was sentenced to five life sentences with no possibility of parole.

Watts, authorities said, was having an affair. The woman, a co-worker, said Watts told her he and his wife were separating.