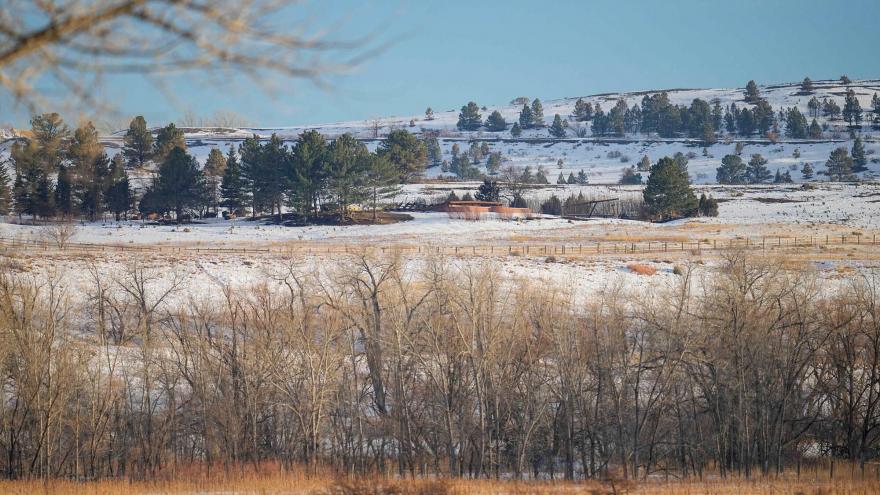 Fire damage is seen near the suspected origins of the Marshall wildfire on January 3, 2022, in Boulder, Colorado

(CNN) -- Partial human remains found earlier this week while Boulder County, Colorado, authorities looked for missing people after the Marshall Fire have been identified, the county coroner's office said in a news release.

The remains, found Wednesday in the 5900 block of Marshall Road in unincorporated Boulder, are those of Robert Sharpe of Boulder, Colorado, the release said, describing Sharpe as a "69-year-old Caucasian male."

Sharpe's "cause and manner of death are pending further investigation," the release added.

Sharpe was a long-time Boulder resident who worked in the construction industry for many years, his family said in a statement. He is survived by three brothers, a sister, nieces and nephews, his family said.

"Robert was a naturalist and was concerned with children's rights," they said. "The total devastation of this event has shocked and impacted so many in the community. Our hearts go out to the many others who have suffered losses."

Sheriff Joe Pelle said at a Sunday news conference one of initially three missing people had been accounted for and two remained missing. The missing person who was found was from Superior, about 24 miles northwest of Denver.

"We are still missing a woman from the town of Superior and a man from out by Marshall. The search for those folks is still underway," Pelle had said on Sunday.

A day earlier, the sheriff said each of the structures associated with the missing residents were "completely destroyed" and covered with snow.

In a statement to CNN earlier this week, the FBI said it was assisting state and local authorities in the search.

The Marshall Fire, which started and grew rapidly last Thursday, tore through the county with the help of historic winds, wiping out entire subdivisions and charring more than 6,000 acres. The blaze destroyed more than 1,000 homes, authorities said this week.

An investigation into how the fire started is ongoing, the sheriff's office said Wednesday, adding in a news release "weather has been a factor in the speed at which the investigations and recovery are able to be conducted."

The sheriff said during the Sunday news conference a search warrant was executed at a private property but did not give any details. He went on to say authorities were aware of a viral video depicting a shed that was set on fire in the area where the fire originated, adding authorities did not "know that that shed or anything around it was the actual start of the fire or whether it was secondary."

He also acknowledged they had talked to people about the blaze.

At a news conference on Wednesday, Gov. Jared Polis said the state's top priority is to get residents in the area the financial, mental health and housing resources they need in order to rebuild their lives, while the county has taken the lead on debris cleanup.

The blaze destroyed a total of 1,084 residential structures and damaged another 149, the Boulder Office of Emergency Management said in a Thursday news release.