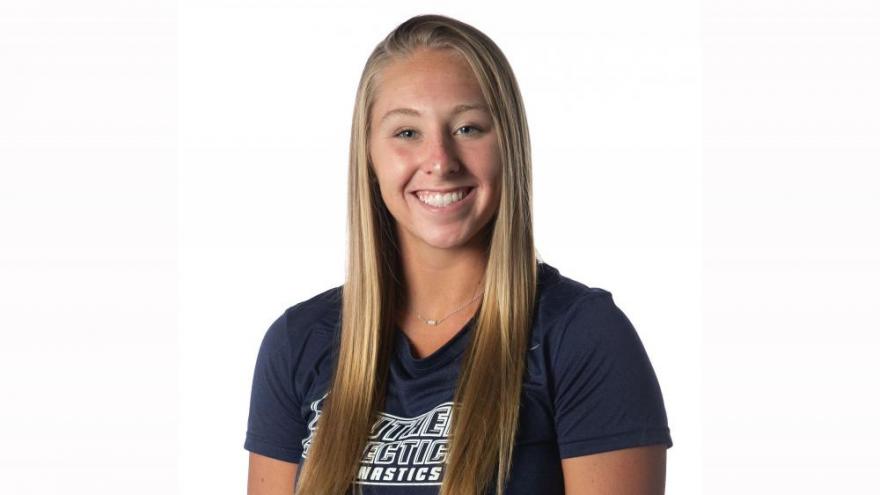 A gymnast at Southern Connecticut State University died after sustaining an injury while training.

(CNN) -- A gymnast at Southern Connecticut State University who loved coaching children has died after a fall during practice.

"At this time, our thoughts and prayers are with Melanie's family," the university's athletic director Jay Moran said Monday. "This has been devastating to her coaches and teammates."

"It's just not something that anybody can process," he said.

Her family said she was the "light and love" of a large family.

"We are confident that her spirit, laughter, and humor will live on through the ones who loved her most, as well as through the gift of life to those who needed it most through organ donation.

A sport with many injuries

While a death in gymnastics is extremely rare, it's happened before.

In 1988, 15-year-old Julissa Gomez became paralyzed after an accident on the vault. She died of complications from her injuries three years later.

And in the past 20 years, UPMC said, gymnasts have started the sport at earlier ages and are now performing more difficult skills.

'A leader that everyone looked up to'

"I was her full-time coach for 10 years," Alberti said. "She was always a leader at my gym. She was the leader that everyone looked up to."

Coleman came from a family of gymnasts. Her mother competed, as did her two older sisters.

Jerry Nelson, who recently retired as head coach at Southern Connecticut State, said Coleman was a joy to those around her.

"Melanie was an extraordinary young lady that positively touched all that knew her," Nelson said in a statement. "Melanie was a true team player, a hard worker, and a true pleasure to coach."

Coleman is survived by her parents and four siblings. By Tuesday morning, a GoFundMe account for the Coleman family has raised more than $53,000.