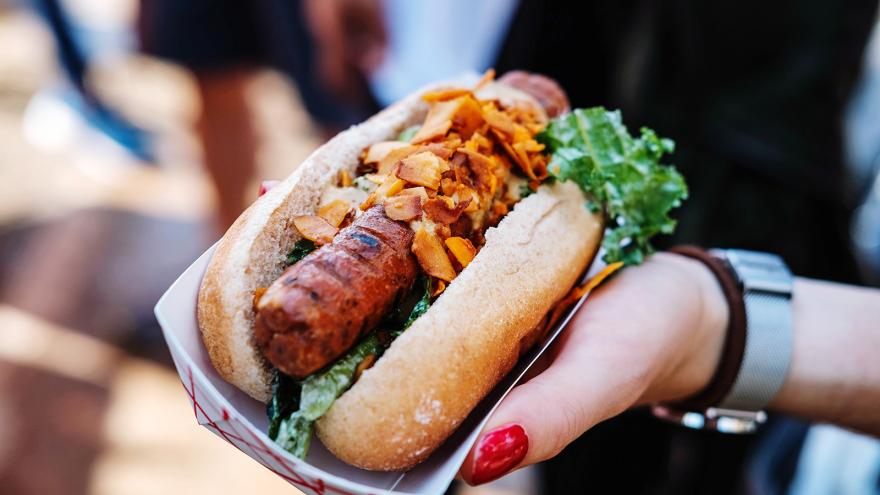 (CNN) -- Eating ultraprocessed foods for more than 20% of your daily calorie intake every daycould set you on the road to cognitive decline, a new study revealed.

We all know eating ultraprocessed foods that make our lives easier -- such as prepackaged soups, sauces, frozen pizza and ready-to-eat meals -- isn't good for our health. Nor is gobbling up all the pleasure foods that we love so much: hot dogs, sausages, burgers, french fries, sodas, cookies, cakes, candies, doughnuts and ice cream, to name just a few.

Studies have found they can raise our risk of obesity, heart and circulation problems, diabetes and cancer. They may even shorten our lives.

Now, a new study has revealed eating more ultraprocessed foods may contribute to overall cognitive decline, including the areas of the brain involved in executive functioning -- the ability to process information and make decisions.

"While in need of further study and replication, the new results are quite compelling and emphasize the critical role for proper nutrition in preserving and promoting brain health and reducing risk for brain diseases as we get older," said Rudy Tanzi, professor of neurology at Harvard Medical Schooland director ofthe genetics and aging research unit at Massachusetts General Hospital in Boston. He was not involved in the study.

Tanzi, who has written about ultraprocessed foods in his book "The Healing Self: A Revolutionary New Plan to Supercharge Your Immunity and Stay Well for Life," said the key problem with ultraprocessed foods is that "they are usually very high in sugar, salt and fat, all of which promote systemic inflammation, perhaps the most major threat to healthy aging in the body and brain.

"Meanwhile, since they are convenient as a quick meal, they also replace eating food that is high in plant fiber that is important for maintaining the health and balance of the trillions of bacteria in your gut microbiome," he added, "which is particularly important for brain health and reducing risk of age-related brain diseases like Alzheimer's disease."

It's not a lot of calories

The study, presented Monday at the 2022 Alzheimer's Association International Conference in San Diego, followed over 10,000 Brazilians for up to 10 years. Just over half of the study participants were women, White or college educated, while the average age was 51.

Cognitive testing, which included immediate and delayed word recall, word recognition and verbal fluency were performed at the beginning and end of the study, and participants were asked about their diet.

"In Brazil, ultraprocessed foods make up 25% to 30% of total calorie intake. We have McDonald's, Burger King and we eat a lot of chocolate and white bread. It's not very different, unfortunately, from many other Western countries," said coauthor Dr. Claudia Suemoto, an assistant professor in the division of geriatrics at the University of São Paulo Medical School.

Ultraprocessed foods are defined as "industrial formulations of food substances (oils, fats, sugars, starch, and protein isolates) that contain little or no whole foods and typically include flavorings, colorings, emulsifiers, and other cosmetic additives," according to the study.

"People who consumed more than 20% of daily calories from processed foods had a 28% faster decline in global cognition and a 25% faster decline in executive functioning compared to people who ate less than 20%," said study coauthor Natalia Gonçalves, a researcherin the department of pathology at the University of São Paulo Medical School.

For a person who eats 2,000 calories a day, 20% would equal 400 or more calories -- for comparison, a small order of friesand regular cheeseburger from McDonalds contains a total of530 calories.

"People need to know they should cook more and prepare their own food from scratch. I know. We say we don't have time but it really doesn't take that much time," Suemoto said.

"And it's worth it because you're going to protect your heart and guard your brain from dementia or Alzheimer's disease," she added. "That's the take-home message: Stop buying things that are superprocessed."