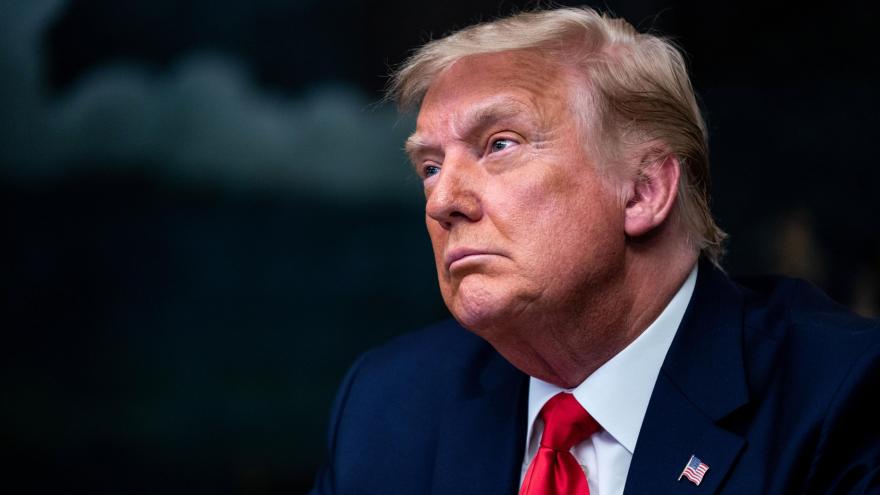 (CNN) -- Michael McConnell, co-chair of the Facebook Oversight Board, defended the board's recommendation to continue the suspension of former President Donald Trump's Facebook account over statements he made in the immediate aftermath of the January 6th insurrection at the Capitol.

"This is a plain violation of Facebook's rules against praising dangerous individuals and organizations at a time of violence," McConnell said in an interview on Fox News Sunday, discussing Trump's January 6 posts. "Mr. Trump is subject to the same rules on Facebook as everyone else and the oversight board held that this was in fact a violation, and thus Facebook was justified in taking them down."

McConnell did note that the board also found Facebook's rules are in "shambles" and have made recommendations to the company to increase transparency.

"They needed some time because their rules are shambles, they are not transparent, they are unclear, they are internally inconsistent," McConnell said.

He added, "we gave a series of recommendations about how to make their rules clearer and more consistent."

The board told Facebook that although it was right to suspend Trump's account in the immediate aftermath of the January 6th insurrection, the platform couldn't make the suspension "indefinite" with no rule on its books allowing for that. The board said Facebook must review the decision and decide if Trump should be banned from the platform forever.

When asked if the decision hinders Trump's first amendment rights, McConnell responded that Facebook is a private company, and therefore does not have to uphold the first amendment.

"He issued those posts, he is responsible for doing that, he bears a responsibility for his own situation, he put himself in this bed, and he can sleep in it," McConnell said.