CNN+ will shut down at the end of April 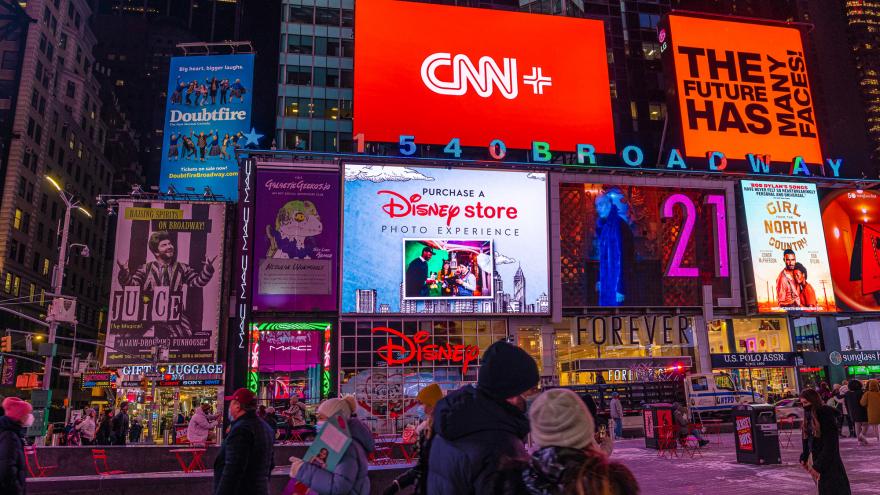 (CNN) -- CNN+, the streaming service that was hyped as one of the most significant developments in the history of CNN, will shut down on April 30, just one month after it launched.

The decision was made by new management after CNN's former parent company, WarnerMedia, merged with Discovery to form Warner Bros. Discovery earlier this month.

The prior management team's vision for CNN+ runs counter to Warner Bros. Discovery CEO David Zaslav's plan to house all of the company's brands under one streaming service. Some CNN+ programming may eventually live on through that service. Other programming will shift to CNN's main television network.

"In a complex streaming market, consumers want simplicity and an all-in service which provides a better experience and more value than stand-alone offerings, and, for the company, a more sustainable business model to drive our future investments in great journalism and storytelling," Discovery's streaming boss J.B. Perrette said in a statement.

"We have very exciting opportunities ahead in the streaming space and CNN, one of the world's premier reputational assets, will play an important role there," Perrette added.

Perrette and incoming CNN CEO Chris Licht notified staffers of the decision in a meeting on Thursday afternoon. Licht bluntly told employees it was a "uniquely shitty situation."

Hundreds of CNN+ staffers may lose their jobs. Licht said in an internal memo that "all CNN+ employees will continue to be paid and receive benefits for the next 90 days to explore opportunities at CNN, CNN Digital and elsewhere in the Warner Bros. Discovery family."

Staffers who aren't absorbed elsewhere in the company will receive a minimum of six months of severance, he added.

Licht said in a town hall style meeting with staffers that "this was an incredibly successful launch" but simply incompatible with the newly merged company's plans.

"It is not your fault that you had the rug pulled out from underneath you," he said as he vowed to minimize the impacts to staff.

One CNN+ staffer at the town hall described the sentiment as "total and utter shock" that morphed into despair.

"At first people were really freaking out," explained the person, who requested anonymity to candidly describe the situation. "And then, toward the end of the meeting, it just turned to sadness. Every team was just huddling with each other."

"Some of this was avoidable," he said, but "prior leadership decided to just keep going" with the planned March launch of CNN+ despite the impending merger, he said.

The streaming service ended up launching just two weeks before the WarnerMedia-Discovery merger completed, much to the exasperation of Discovery leadership, which had a different strategy but could not legally communicate with CNN executives before the deal was official.

Warner Bros. Discovery has billions in debt, much of which is a result of the deal to combine the company, and executives are under pressure to find $3 billion in savings that Wall Street is expecting from them.

The executive vice president in charge of CNN+ and all of CNN's digital businesses, Andrew Morse, who worked closely with Kilar and Zucker, will depart the company after a transition period.

In a note to employees, Morse described his nine years at CNN as an "incredible ride" and said, "As the company enters an exciting period of change, it's clear that the vision the new leadership has for the future is different than the one we've had. That's OK. That's all part of change."

Licht said in the town hall that he wanted Morse to stay, but respected the decision.

Alex MacCallum, the head of product and general manager of CNN+, will run CNN Digital and work with Licht "to determine a leadership strategy going forward," the company said in a press release.

On Thursday afternoon, CNN+ employees housed on the 16th floor of Hudson Yards, the network's New York headquarters, broke out whiskey and wine to commiserate.

The decision to shut down CNN+ just weeks after it launched marked a stunning end to the streaming news service. Executives had touted the application as the most significant launch since Ted Turner founded CNN in 1980.

CNN had poured hundreds of millions of dollars into the new streaming app and lured top talent from other networks for it, including Kasie Hunt from NBC and Chris Wallace from Fox News.

That programming will continue to stream through the end of the month.