Clinton, on the mend, says he's 'touched by the outpouring of support' in video 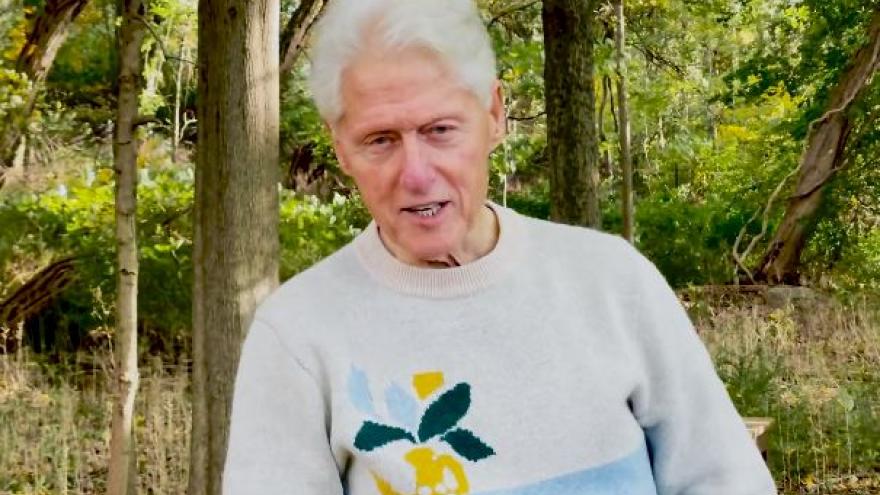 CHAPPAQUA, N.Y. (AP) — Former President Bill Clinton has released a video saying he's on the road to recovery after being hospitalized in Southern California for six days to treat an infection unrelated to COVID-19.

The 75-year-old Clinton arrived at his home in New York on Sunday. Clinton says in the video released Wednesday he's glad to be back home and "touched by the outpouring of support" he received while hospitalized.

An aide says Clinton had a urological infection that spread to his bloodstream but was on the mend and never went into septic shock, a potentially life-threatening condition.

I'm glad to be home! pic.twitter.com/ZoYuy54Q6R