Climate change is making pollen season — and your allergies — worse 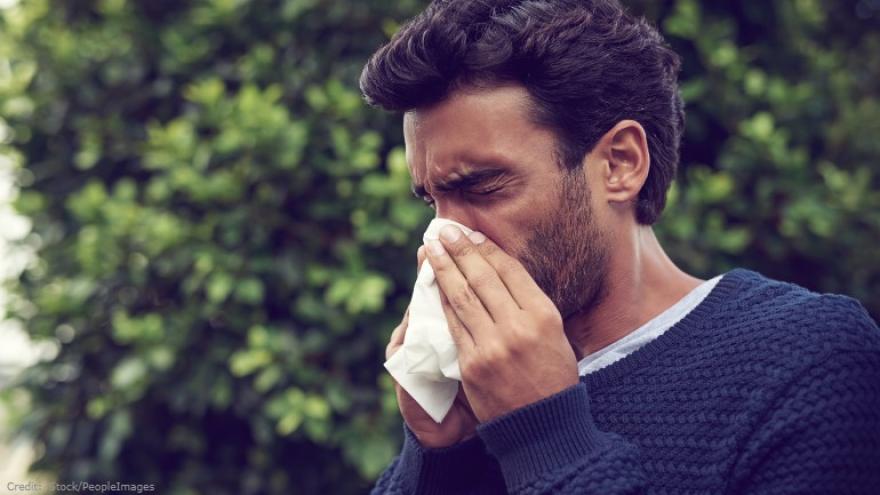 Climate change has already made pollen seasons in the United States and Canada worse, a new study of almost three decades' worth of data has revealed. The pollen seasons are getting longer and more intense.

The amount of time people in North America are exposed to pollen as well as the amount of pollen had "increased significantly" in recent decades, according to the authors.

The researchers looked at different pollen metrics between 1990 and 2018 from 60 monitoring stations across North America. Pollen seasons were starting up to 20 days earlier and lasting for up to eight days longer, the scientists found.

"There's an enormous body of research on how climate change is already affecting our health. Our study fills in a key piece connecting climate change to pollen, which is one of the largest drivers of asthma, allergies, and respiratory health problems," said William Anderegg, an assistant professor of biology at The University of Utah and lead author of the study that published in the journal PNAS on Monday.

"It's a clear example that climate change is here and now."

The largest and most consistent increases were in Texas and the midwestern United States, the study found -- something that surprised Anderegg. He had expected to see larger pollen increase in more northern states.

He said the reason for this wasn't "entirely clear and is going to take more research to unravel. One hypothesis might be that the plant species that are found there are particularly sensitive to warming and producing more pollen."

The study looked at different drivers for this change, including temperatures changes, rainfall, frost days and carbon dioxide concentrations, and it found that an increase in mean annual temperatures was the strongest driver.

Using computer models of the Earth's climate, the researchers also calculated to what extent human-caused climate change had increased pollen concentrations and made pollen seasons longer.

"By combining the observed connection between pollen and temperature with these two different scenarios, we can estimate how much human-caused climate change is influencing pollen trends."

The researchers concluded that it was a "strong driver" in terms of the earlier starts to the pollen season and longer season lengths. However, it was a more modest driver when it came to higher pollen concentrations.

The contribution of human-made climate change was starker during the period 2003 to 2018 compared to the longer period of 1990 to 2018, the scientists said, which likely reflects both the cumulative effect of climate change and a larger number of pollen monitoring stations during the shorter period.

The researchers also noted that the human environmental impact was more modest when looking at figures for an entire year versus the spring season, with some decreases in summer pollen counts indicating that the life cycles of some plant species had shifted.

According to the US Centers for Disease Control and Prevention, some 19.2 million adults have been diagnosed with hay fever -- an allergic reaction to pollen, a fine powder from plants that can come into contact with your eyes, nose, mouth and throat.