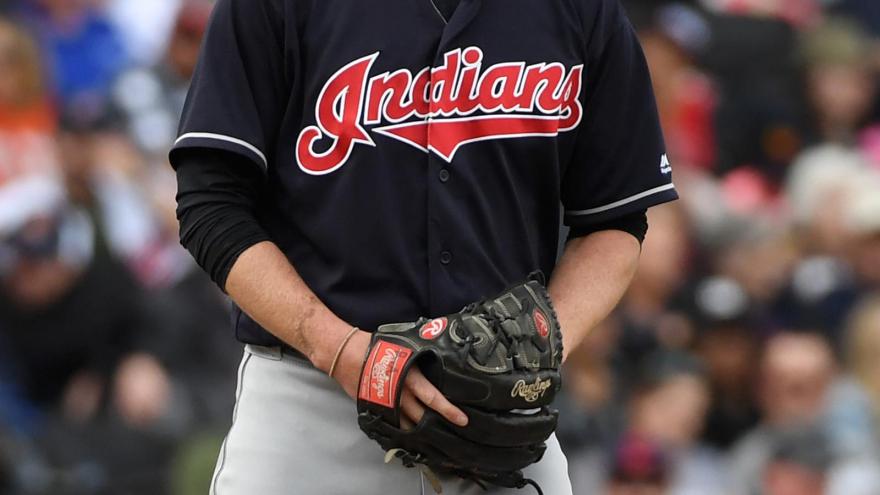 Terry Francona, the manager of Major League Baseball's Cleveland Indians, told reporters on Sunday that he thinks it's time to change the team's name.

(CNN) -- Terry Francona, the manager of Major League Baseball's Cleveland Indians, told reporters on Sunday that he thinks it's time to change the team's name.

"But I don't think that's a good enough answer today. I think it's time to move forward. It's a very difficult subject. It's also delicate," he said.

Sports teams with names based on Native Americans, including MLB's Cleveland Indians and Atlanta Braves and the NFL's Washington Redskins and Kansas City Chiefs, are facing pressure to re-examine their names as Americans more directly grapple with issues of racism.

Cleveland previously removed its "Chief Wahoo" logo, a racist caricature of a Native American character, from their uniforms after the 2018 season. On Friday, the team said it was looking into the path forward for its team name.

"We are committed to making a positive impact in our community and embrace our responsibility to advance social justice and equality," the franchise said Friday. "Our organization fully recognizes our team name is among the most visible ways in which we connect with the community.

"We have had ongoing discussions organizationally on these issues. The recent social unrest in our community and our country has only underscored the need for us to keep improving as an organization on issues of social justice.

"With that in mind, we are committed to engaging our community and appropriate stakeholders to determine the best path forward with regard to our team name."

The "Indians" name began in 1915 when it was chosen by the team and a group of baseball newspaper writers. Though its exact origin story is unclear, the name was partly based on the contemporary success of the Boston Braves, who won the 1914 World Series, as well as on Louis Sockalexis, a former Native American baseball star in Cleveland who died in 1913, according to Cleveland Magazine.