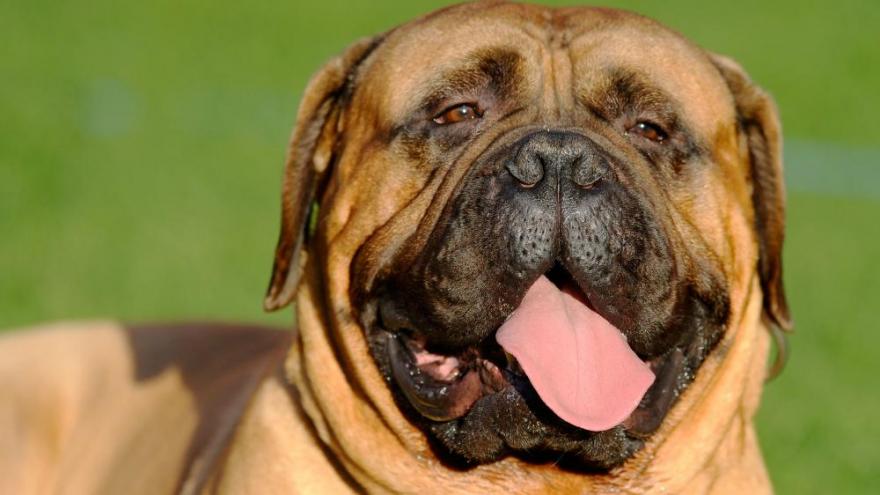 Swagger, the beloved Cleveland Browns team mascot, passed away after battling cancer. He was 6.

Swagger, the beloved Cleveland Browns team mascot, passed away Friday after battling cancer. He was 6.

Swagger's handler, Justin McLaughlin, posted the sad news on Facebook, adding that Swagger had had a stroke. The 145-pound bullmastiff was the NFL team's first live mascot.

"We're heartbroken by the passing of our beloved mascot, Swagger," the team tweeted. "As a constant presence on gameday and the leader of the Dawg Pound, Swagger was a proud member of our team for 6 seasons. RIP."

Condolence messages poured in on social media, and fans proudly posted pictures of themselves with Swagger.

"We will always remember him as the most loving dog we have ever encountered," McLaughlin said on Facebook. "His love was felt by thousands of people literally all over the world!!!"

Swagger made regular appearances on Dawg Pound Drive and served as the Dawg Pound Captain in his final game with the Browns, according to the team. He had joined the Browns in 2014 and led them through the FirstEnergy Stadium tunnel before every home game, except one in 2017 in London against the Minnesota Vikings.

Swagger was born July 20, 2013, and was succeeded in his NFL duties by his son, SJ, in the middle of last season. SJ will carry on as team mascot into 2020 and beyond, the Brown said.