Cleveland Browns agree to trade for Texans' Deshaun Watson, according to reports 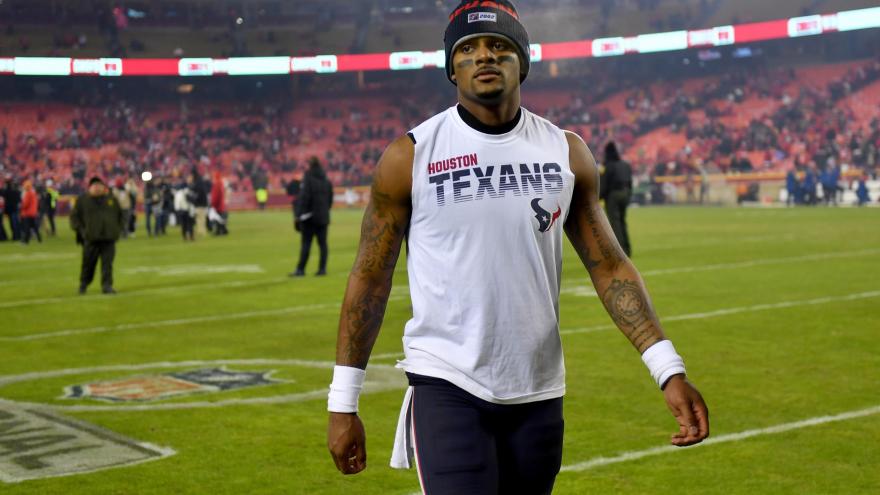 (CNN) -- The Cleveland Browns have agreed to trade for Houston Texans' quarterback Deshaun Watson, according to ESPN and NFL.com.

Watson posted an edited picture of himself in a Browns uniform on Instagram Friday with a caption saying, "Cleveland, LETSSSS GOOOO!! #DawgPound Ready To Work!"

The NFL is also investigating the accusations and if Watson is found to have violated league rules, he likely would be suspended.

According to NFL.com, Watson has told the Texans he is willing to waive his no-trade clause for the move and will reportedly receive a five-year, fully guaranteed $230 million contract from the Browns. It would be the highest guaranteed money given to a National Football League (NFL) player, according to ESPN.

The trade compensation has yet to be finalized, but according to ESPN, it is expected to include three first-round picks, a third-round pick and potentially a fifth-round pick heading back to Houston.

"Any transaction would have no effect on the NFL's ongoing and comprehensive investigation of the serious allegations against Deshaun Watson," NFL spokesperson Brian McCarthy said in a statement. "Nor would it affect his status under the Collective Bargaining Agreement and the Personal Conduct Policy.

"If the league's investigation determines that Watson violated the Personal Conduct Policy, discipline may be imposed pursuant to the policy and the CBA."

CNN has reached out to the Browns, Texans, and Watson's agent for comment.

On Thursday, NFL.com and ESPN both reported that current Browns starting quarterback Baker Mayfield requested a trade from the team. NFL.com's report added that the Browns did not plan to honor Mayfield's trade request.

After the grand jury declined to indict Watson, the quarterback told reporters in Houston that he was ready to get back on the field.

"It's definitely a very emotional moment for me. I know we're far from being done of handling what we need to handle (legally)," Watson said. "I thank my Lord and Savior, Jesus Christ, for letting the truth be heard."

Watson is an NFL superstar, having been selected for three Pro Bowls in his five seasons with the Houston Texans. He did not play during the 2021 season because of investigations into the allegations.