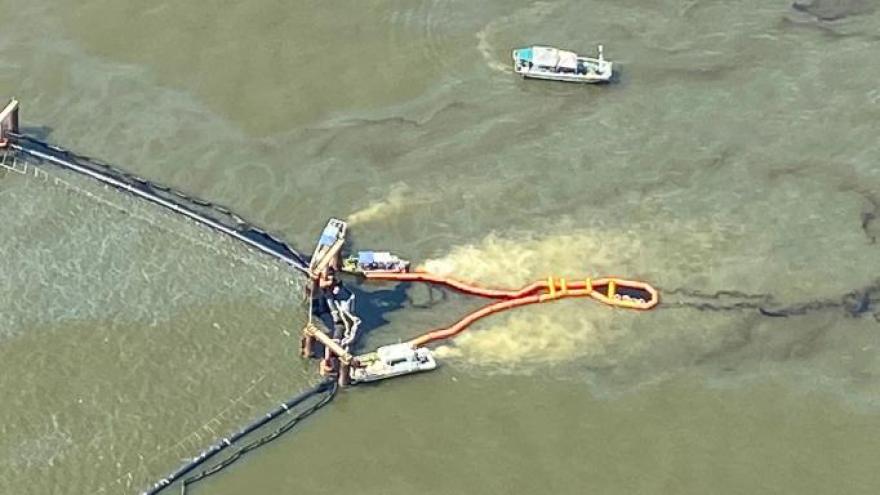 WASHINGTON (AP) — The U.S. Coast Guard said Saturday that cleanup crews are responding to a sizable oil spill in the Gulf of Mexico following Hurricane Ida.

The spill, which is ongoing, appears to be coming from a source underwater at an offshore drilling lease about two miles south of Port Fourchon, Louisiana.

The reported location is near the site of a miles-long brown and black oil slick visible in aerial photos first published Wednesday by The Associated Press.

So far, the growing oil slick appears to have remained out to sea and has not impacted the Louisiana shoreline.

The Coast Guard identified an undersea pipeline owned by Houston-based Talos Energy as the likely source, but the company says the oil isn't theirs.