Claudette Colvin was arrested in 1955 for refusing to give up her seat on a bus. Now she's fighting to get her record expunged 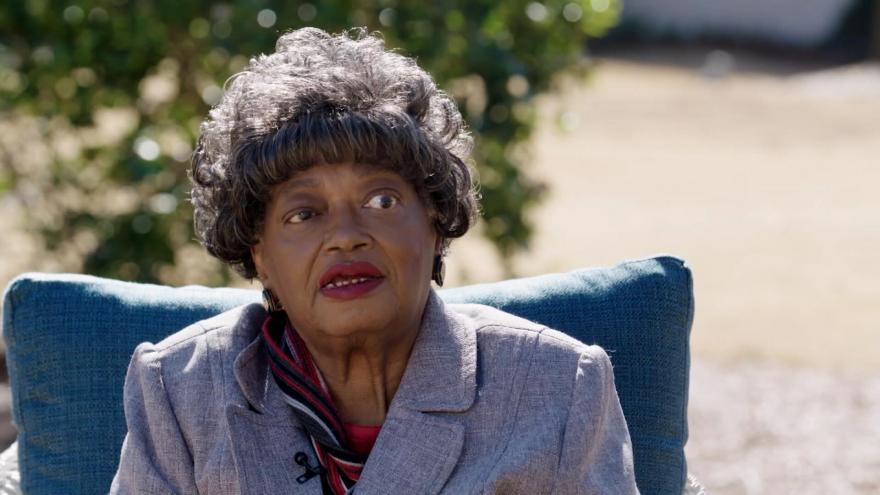 Claudette Colvin, a civil rights pioneer, is seeking to get her conviction expunged.

(CNN) -- Claudette Colvin, a civil rights pioneer who in March 1955, at the age of 15, was arrested for refusing to give up her seat to a White person on a Montgomery, Alabama, bus, is seeking to get her conviction expunged.

"I guess you can say that now, I'm no longer a juvenile delinquent," Colvin said at a news conference Tuesday, after filing a motion asking the juvenile courts to seal, destroy and expunge her records.

"Under Jim Crow the bus driver had the authority to ask you to give up your seat to a White person and that was absolutely wrong," she added.

Colvin's legal team had said Monday it planned to file a request Tuesday with a Montgomery County court to clear her record.

Colvin, now 82, was charged with two counts of violating of the city's segregation ordinance and one felony count of assaulting a police officer. She was convicted on all counts in juvenile court, but the segregation convictions were overturned on appeal.

"There were two colored females sitting opposite two white females, that refused to move to the back with the rest of the colored," the 1955 police arrest report said. "Claudette Colvin, age 15, colored female, refused. We then informed Claudette that she was under arrest."

Colvin was placed on "Indefinite probation" for the police officer assault conviction and was never informed that her probation ended when she became of age, her attorney, Phillip Ensler, told CNN.

"So she thought she's been on probation this entire time," Ensler said.

Colvin's case came nine months before Rosa Parks made history for also refusing to give up her bus seat. However, Parks' case received more attention during the civil rights movement in part because Parks' image was more "acceptable to a White" community, Colvin told CNN earlier this year. Parks was older, married and lighter skinned, she said.

Colvin said she "resisted" and was "defiant" when police arrested her on the bus. An officer wrote in the police report that Colvin kicked and scratched him when they put her in the police vehicle.

"People said I was crazy," Colvin told CNN. "Because I was 15 years old and defiant and shouting, 'It's my constitutional right!'"

In Colvin's motion to get her record expunged, she said she wants to see society progress and not regress.

"I want us to move forward and be better," Colvin said in the filing, obtained by CNN. "When I think about why I'm seeking to have my name cleared by the state, it is because I believe if that happened it would show the generation growing up now that progress is possible and things do get better. It will inspire them to make the world better."

While juvenile court motions are typically shielded from the public, Colvin's legal team said in a statement that it released the filing "due to the unique public interest and historical significance of her case."

"People think it was just about a seat on a bus but it was about so much more than that," Ensler said.

At Tuesday's news conference, Montgomery County District Attorney Daryl Bailey said he was supporting Colvin's motion to "forever set aside and seal the records that taint Ms. Colvin as a violator of the law."

"Her actions back in March of 1955 were conscientious, not criminal; inspired, not illegal; they should have led to praise and not prosecution," Bailey said.

Colvin eventually became one of the plaintiffs in Browder v. Gayle in 1956. The following year, the US Supreme Court upheld the district court's ruling and ordered Montgomery -- and the rest of Alabama -- to end bus segregation.

Colvin's family and legal team say she is seeking the expungement now because she plans to move to Texas with family soon.

Gloria Laster, Colvin's younger sister, told CNN that Colvin wants to get her record cleared so she can be an example for her grandchildren and great grandchildren.

"This is going to be her legacy to them," Laster said. "I sat down on the bus so that you can stand up and take your rightful place as an American. And that's what she wants for her grandchildren and great grandchildren. This is what she's doing this for."

The Montgomery County district attorney will also file a motion in support of Colvin's expungement.

"I believe that the charges that were (originally) brought, were brought on bogus laws," District Attorney Daryl B. Bailey told CNN. "It was totally unlawful what the state, and law enforcement, did to this woman at the time."