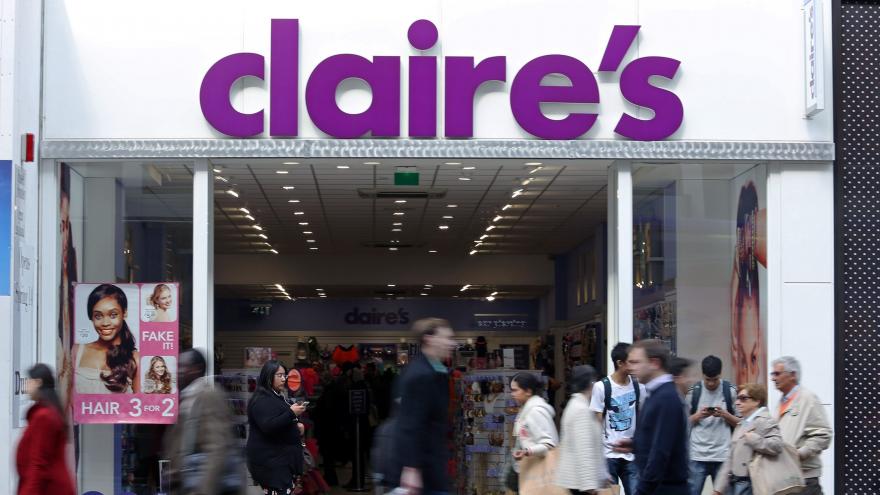 NEW YORK (AP/CNN Money) — Claire's, the mall chain that has pierced the ears of millions of teens, has filed for Chapter 11 bankruptcy protection.

The accessories chain said Monday that its stores will remain open as it restructures its debt.

It's just the latest retailer to seek bankruptcy protection, close stores or go out of business entirely as more people skip the mall and shop online. Toys R Us, for example, announced last week that it would close or sell all its stores after filing for Chapter 11 bankruptcy protection last year.

Claire's said it is "confident" it will emerge from bankruptcy protection in September, having reduced its debt by nearly $2 billion. It believes it can compete with the shift to online shopping, arguing that its "iconic ear piercing services are unmatched and cannot be replicated online."

Besides the Claire's chain, the company also operates Icing stores. Both sell earrings, lip gloss, iPhone cases and other accessories. Last year, it had more than 4,000 stores around the world.

Claire's, based in Hoffman Estates, Illinois, said it has pierced more than 100 million ears since it began offering the service 40 years ago. The company was founded in the 1960s.