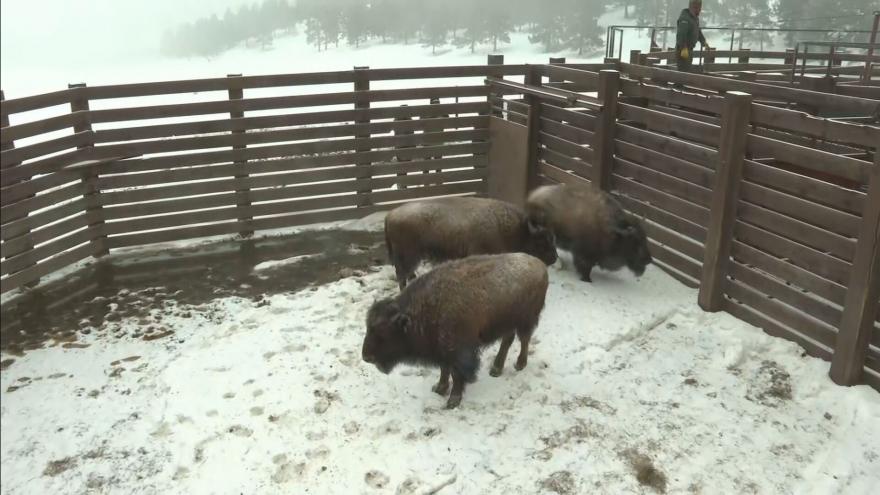 GENESEE, Colorado (KCNC) -- The City and County of Denver is giving bison from its mountain park herd to three indigenous tribes. Those bison will head to tribal lands across the West.

There was a ceremony at Genesee Park Monday morning to recognize the effort to rebuild Native American herds. The City and County of Denver donated 33 bison to the tribes in a heartfelt ceremony that was led by singing and prayer.

This is the second year the Denver Mountain Park bison were donated at Genesee Park. Fifteen of the bison will travel to the Northern Arapaho Tribe in Wyoming, 17 to the Cheyenne and Arapaho tribes in Oklahoma and one to the Tall Bull Memorial Council in Colorado.

“Today for the second time we get the chance to partner with ancestral caretakers to give back to those who have cared for them for so long and to allow them to become part of their families and their tribes,” said Denver Mayor Michael Hancock.

“To see these bison reunited with different native tribes in this area is just fantastic. It’s heartstopping to see these majestic animals and on a day like today, they love the snow so we’re loving the snow,” said one attendee.

The donated bison will help to establish and sustain herds across the country and on native land. The donations are expected to continue through 2030.