Cindy McCain on Afghanistan withdrawal: 'The whole effort will be for nothing unless we do it correctly' 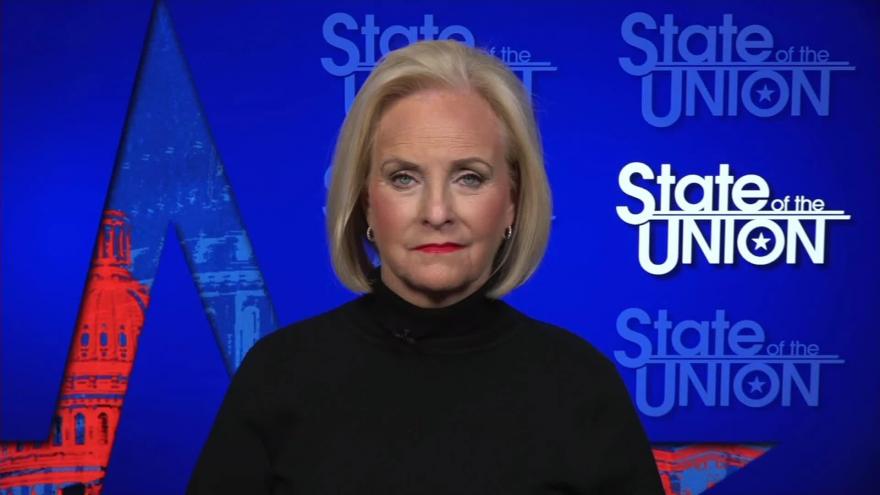 Cindy McCain said May 2 that if her late husband, Arizona Sen. John McCain, were alive, he would be watching the US' approach to withdrawing troops from Afghanistan and warned that America's longest war will have been "for nothing" if it's not done correctly.

(CNN) -- Cindy McCain said Sunday that if her late husband, Arizona Sen. John McCain, were alive, he would be watching the US' approach to withdrawing troops from Afghanistan and warned that America's longest war will have been "for nothing" if it's not done correctly.

"I've often thought what John would say right now, what he would be feeling and thinking about the pull out and I think it would be more about how we pull out," McCain told CNN's Jake Tapper on "State of the Union." "I don't know that -- I'm not one to judge whether or not this is right or wrong, I don't have any military expertise -- but I do know many lives were lost."

RELATED: GOP leaders who defy Trump feel the heat from his base

"And unless we do this the correct way, and I believe we will, I believe in the President, that the whole effort will be for nothing unless we do it correctly," she continued.

McCain's comment comes as the US military withdrawal from Afghanistan is underway. Her late husband, the 2008 Republican presidential nominee and decorated Vietnam War veteran, served as chairman of the Senate Armed Services Committee and was a supporter of the US mission in Afghanistan.

Cindy McCain endorsed President Joe Biden during the 2020 election and was censured by the Arizona Republican Party in January for opposing former President Donald Trump's efforts to overturn his successor's victory. Arizona GOP state senators have since requested an audit of 2020 ballots in state's most populous county, Maricopa, an effort McCain said Sunday is "ludicrous."

Asked by Tapper about a Politico report that she is under consideration to be ambassador to the United Nation's World Food Programme, McCain said she is concentrating on her enlarging family, but would serve in Biden administration's if asked.

"Right now I'm concentrating on three and a half grand babies, we have another one on the way" she said. "I'm proud for the work that I've done for the President. I was grateful to be able to endorse him and be a part of the campaign so I will in whatever way that he sees fit, I will be proud and honored to serve."

Although Biden has said the war no longer aligns with American priorities, Democrat and Republican lawmakers have expressed concerns that the withdrawal of US troops will lead to a Taliban resurgence, reverse gains made by Afghan women and civil society, and endanger American hostages in the country and Afghans who worked with US forces.

Former Secretary of State Hillary Clinton on Sunday said there are "consequences both foreseen and unintended of staying and of leaving" the country. Two of those consequences the US government should focus on, Clinton said, include a potential collapse of the Afghan government and takeover by the Taliban, and the risk of global terrorist activities.

"I mean, it's one thing to pull out troops that have been, you know, supporting security in Afghanistan, supporting the Afghan military, leaving it pretty much to fend for itself, but we can't afford to walk away from the consequences of that decision," she told CNN's Fareed Zakaria on "GPS."

This story has been updated to add comments from former Secretary of State Hillary Clinton.