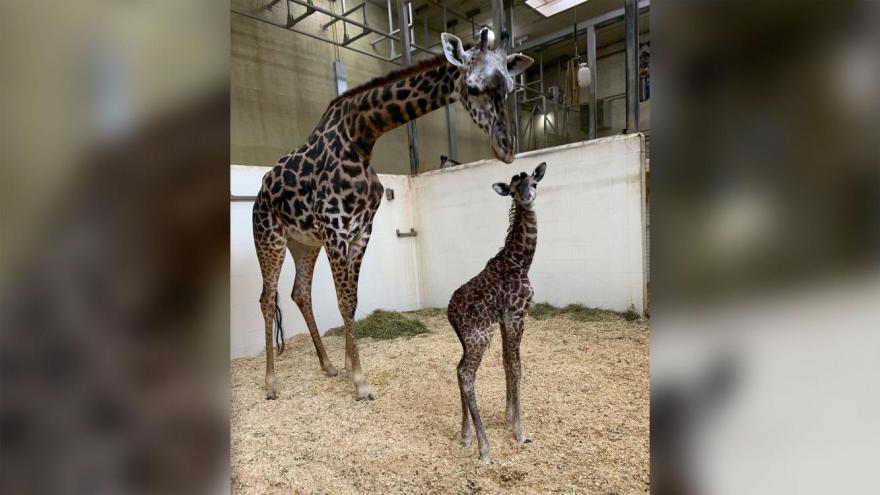 Mother and calf get to know each other Saturday at the Cincinnati zoo.

(CNN) -- The circle of life revealed itself Saturday at the Cincinnati Zoo.

A giraffe entered the world just six days after its father, Kimba, died.

The calf and mother are doing well and bonding at the Cincinnati Zoo & Botanical Garden, according to a press release from the zoo. The calf's gender is unknown, the zoo said. Mom Cece, 8, went into labor about 4:51 a.m. The 6-foot calf arrived at 6:07 a.m. and started nursing soon after.

Cece had a little trouble the first time around three years ago, when she and her calf "couldn't quite figure out the mechanics of nursing," the zoo said.

"We're all sad that Kimba isn't here to meet his seventh calf but thankful that he made such an important contribution to the survival of his species," said Christina Gorsuch, the zoo's curator of mammals.

Twelve-year-old Kimba died after complications from a procedure to fix his hooves, according to the zoo.