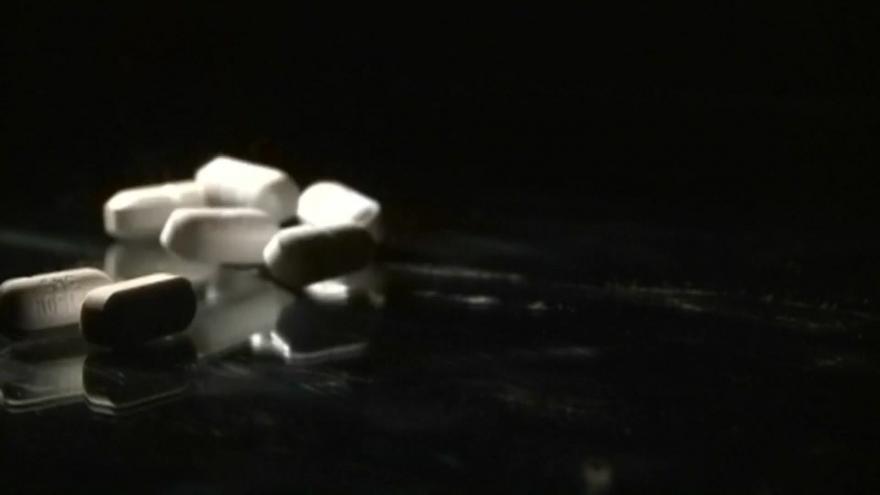 (CNN) -- In an attempt to reduce opioid use amid a nationwide abuse epidemic, insurance giant Cigna will no longer cover most OxyContin prescriptions in its group plans beginning January 1.

"Our focus is on helping customers get the most value from their medications -- this means obtaining effective pain relief while also guarding against opioid misuse," Cigna Chief Pharmacy Officer Jon Maesner said in a statement Wednesday.

OxyContin is a brand name for an extended-release version of oxycodone, a commonly prescribed opioid painkiller.

Last year, Cigna set a goal of reducing its customers' opioid use by 25% within the next three years. In lieu of OxyContin, Cigna said Wednesday, it is "asking opioid manufacturers to align with efforts to reduce opioid use and has signed a value-based contract with Collegium Pharmaceutical for the drug Xtampza ER, an oxycodone equivalent with abuse-deterrent properties."

Long-acting or extended-release medications like OxyContin contain a higher dosage of the active ingredients in the pill itself, which is chemically released over a long period of time. The advantage for patients is that they don't have to take pills as frequently. However, the higher dosage of long-acting pills can make them more attractive for abuse. Crushing or melting some versions of extended-release pills, a user can get a day's dosage in just one pill.

According to Cigna, "Xtampza ER's abuse-deterrent platform allows the product to maintain its extended release profile even when cut, crushed, chewed or otherwise manipulated." OxyContin likewise has some abuse-deterrent properties, such as being more difficult to crush. And although one study appeared to find that Xtampza was harder to abuse than OxyContin, it was conducted by the medication's manufacturer, Collegium.

The difficulty of abuse shouldn't be confused with how addictive a drug may be, said Dr. Caleb Alexander, director of the Johns Hopkins Center for Drug Safety and Effectiveness. "People don't recognize that just because they are harder to tamper with doesn't make them any less addictive or any more effective in chronic non-cancer pain," he said.

Despite any advantages Xtampza may have, "people still get addicted to oral pills. They can still take too much. They can still overdose," said Dr. Walid Gellad, co-director of the University of Pittsburgh's Center for Pharmaceutical Policy and Prescribing.

Purdue Pharma, maker of OxyContin, said in a statement Thursday that "Cigna's decision limits the tools prescribers can use to help address the opioid crisis as both products are formulated with properties designed to deter abuse. Unfortunately, this decision appears to be more about pharmaceutical rebates."

Gellad and Alexander also believe that there was more to Cigna's decision than a desire to combat the opioid crisis. "I think it's important to recognize that insurers are trying to find the sweet spot between finding the right spot clinically and the right thing to do for their business," Alexander said.

In its statement, the insurance company said that "Collegium is financially accountable if the average daily dosage strengths of Xtampza ER prescribed for Cigna customers exceed a specific threshold. If the threshold is exceeded, Collegium will reduce the cost of the medication for many of Cigna's benefit plans."

When asked for further details of the financial agreement, including what the threshold was and the how cost reduction would be distributed, Cigna said that "specific terms of the contract are proprietary."

Dr. Charles E. Argoff, president of the American Academy of Pain Medicine Foundation, said "we are going down a very bad slippery slope if we allow payers to only make decisions solely on financial grounds and don't have any checks and balances on the insurance world's ability to basically dictate what happens to them medically."

Cigna said OxyContin will still be considered for patients if a doctor believes it medically necessary.

According to the US Centers for Disease Control and Prevention, over 90 Americans die every day from opioid overdoses, including legally prescribed drugs like oxycodone as well as illicit drugs like heroin. Since 1999, the number of opioid overdose deaths has quadrupled, as has the number of opioid prescriptions. However, there hasn't been a change in the amount of pain reported by Americans.

But Gellad said that targeting prescriptions alone will not be enough to help turn the tide on the opioid overdose epidemic. "If you really want to address the opioid epidemic, it's about about increasing access to non-opioid treament for chronic pain patients."