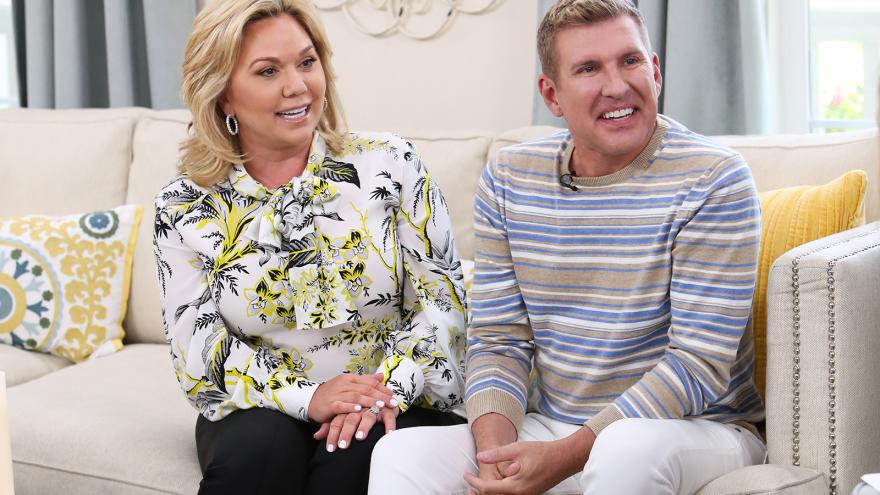 (CNN) -- Reality TV stars Todd Chrisley and Julie Chrisley have been found guilty of conspiracy to defraud banks out of more than $30 million in fraudulent loans, according to a press release from the Department of Justice.

The Chrisleys and their accountant, Peter Tarantino, were also convicted of several tax crimes, including attempting to defraud the Internal Revenue Service, the release from U.S. Attorney for the Northern District of Georgia, Ryan K. Buchanan, said.

"As today's outcome shows, when you lie, cheat and steal, justice is blind as to your fame, your fortune, and your position," Keri Garley, a special agent in charge of FBI Atlanta, said in a statement. "In the end, when driven by greed, the verdict of guilty on all counts for these three defendants proves once again that financial crimes do not pay."

According to the DOJ, evidence in the case showed that the Chrisleys, best known for their reality show 'Chrisley Knows Best,' conspired to defraud community banks in the Atlanta area out of more than $30 million in personal loans before becoming reality TV stars.

They were able to obtain the loans by submitting false bank statements, audit reports and financial statements, the news release said. The money was then used to buy luxury cars, designer clothes, real estate and travel, according to the DOJ

Then, while earning millions of dollars on their reality show, the Chrisleys, along with Tarantino, conspired to defraud the IRS and evade collection of delinquent taxes, the press release stated.

Sentencing for the Chrisleys and Tarantino has been scheduled for October 6.

In a short statement to CNN, one of Todd Chrisley's attorneys, Bruce Morris, said they are, "disappointed in the verdict," adding that "an appeal is planned."

Stephen Friedberg, attorney for Julie Chrisley, said in a statement to CNN, "Obviously the Chrisleys are devastated and disappointed, but will be pursuing an Appeal. They are grateful for all of the love and support they have received from their Family, friends and fans. They remain strong in their faith and are deeply concerned for all of their children, as well as Todd's mother, Elizabeth Faye Chrisley. They are looking forward to continue the fight until justice is obtained and they are ultimately vindicated."

CNN has reached out to an attorney for Tarantino but has not heard back.