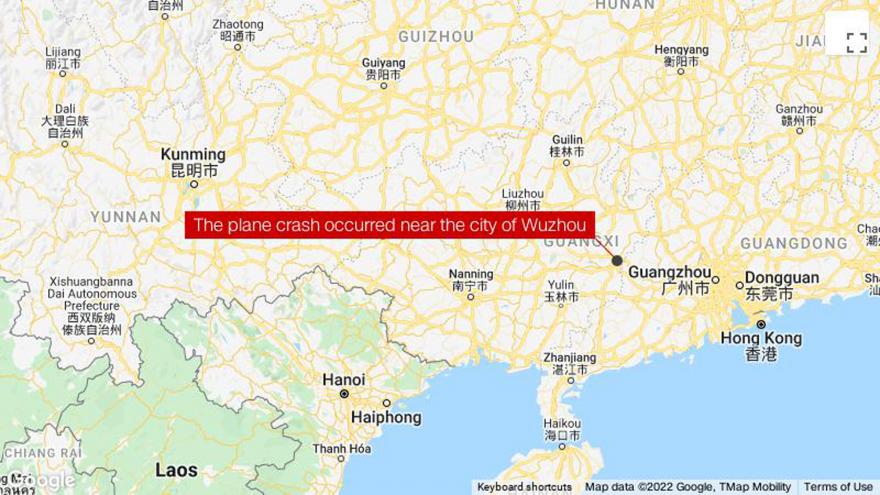 The Boeing-737 was en route from the southwestern city of Kunming to Guangzhou when it lost contact over the city of Wuzhou. On board were 123 passengers and nine crewmembers, CAAC said in a statement posted online.

Rescue teams are en route to the accident scene, where there is fire visible on site, but the casualties are unknown, Chinese state broadcaster CCTV reported. Initial state media reports had indicated there were 133 people on board.

Footage posted online and shared by state media People's Daily show plumes of smoke billowing from a mountainous, forested area. Another clip shows what appears to be wreckage from the plane on a muddy, mountain path.

The CAAC said in a statement that a rescue team has been dispatched to the crash site.

"The Civil Aviation Administration of China Eastern airlines has activated the emergency response mechanism after a Boeing 737 crashed," the CAAC said in its statement.

This is a developing story. More to come.