China: US should curb demand for opioids, not blame China 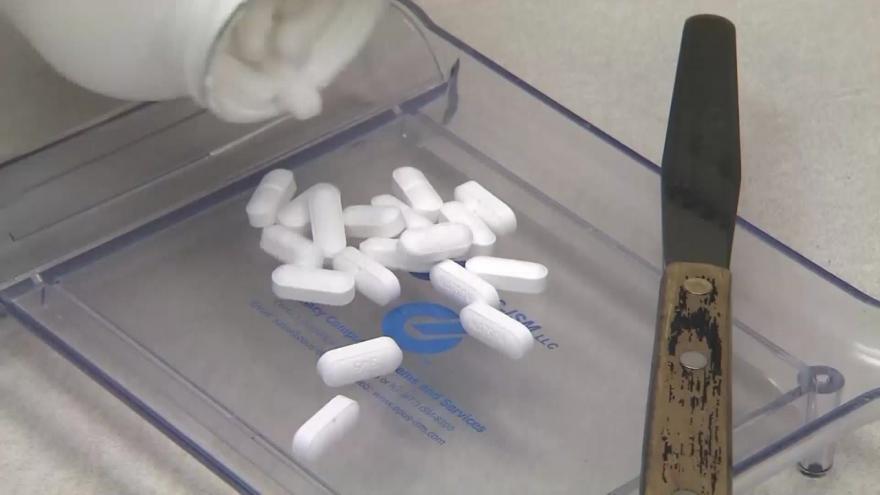 BEIJING (AP) — The United States should look within to cut down demand for opioids which are fueling its deadly drug crisis rather than stressing unsubstantiated claims that China is the major source of these chemicals, a top Chinese drug enforcement official said Thursday.

China and the U.S. have worked to build a close working relationship to fight global flows of illicit synthetic drugs, but their collaboration remains fraught.

Yu Haibin of the China National Narcotics Control Commission told reporters there was little evidence showing China was the source of much of the chemicals used in the production of the powerful opioid fentanyl. President Donald Trump in November blamed a "flood of cheap and deadly" fentanyl made in China for the deadliest drug epidemic in U.S. history.

"China doesn't deny that shipments to the U.S. happen, but there isn't the proof to show how much — whether it's 20 percent or 80 percent," said Yu, adding that U.S. authorities have only sent him information about six shipments from China in the past year.

In October 2016, the AP identified 12 Chinese companies willing to export carfentanil around the world for a few thousand dollars a kilogram (2.2. pounds), no questions asked. Carfentanil is 100 times more powerful than fentanyl and is legally used as an anesthetic for elephants and other large animals.

Yu urged the U.S. to share more data and police intelligence with Chinese authorities and said rampant over-prescription of pain medication and lax cultural attitudes toward drugs had fueled massive demand for opioids in the U.S.

Insufficient drug education and the trend in some states of legalizing marijuana have hurt drug enforcement efforts, he said.

"As many states decriminalize marijuana, the public's attitudes and trends of thinking toward drugs will also have a bad effect" on the fight against hard drugs, Yu said.

Chinese officials have been eager to tout their collaboration with American counterparts on drug enforcement as a bright spot in the occasionally rocky relationship.

Though Beijing has said U.S. assertions that China is the top source of fentanyls lack evidence, the two countries have deepened cooperation as the U.S. opioid epidemic intensifies. Beijing already regulates fentanyl and a number of related compounds, even though they are not widely abused domestically.

Since 2016, China has arrested dozens of synthetic drug exporters, destroyed several illegal labs and seized tons of new psychoactive substances, according to the Office of the National Narcotics Control Committee.

Officials in Beijing said Thursday they busted a fentanyl factory in November and seized 4.7 kilograms (10.36 pounds) of the substance thanks to a tip-off from U.S. Immigration and Customs about a major online purveyor named "Diana" that turned out to be a front for a 19-person drug ring scattered across China.

China has backed a successful U.S. proposal this year to add several fentanyl precursors to a U.N. list of controlled substances. China has listed the two chemicals, NPP and 44-ANPP, under domestic drug laws, officials said.

More than 66,000 people in America died of drug overdoses in the year ending May 2017, a jump of 17.4 percent from the year before, according to provisional data from the Centers for Disease Control and Prevention. The CDC reports most cases of fentanyl overdose are linked to illicitly produced batches of the substance.