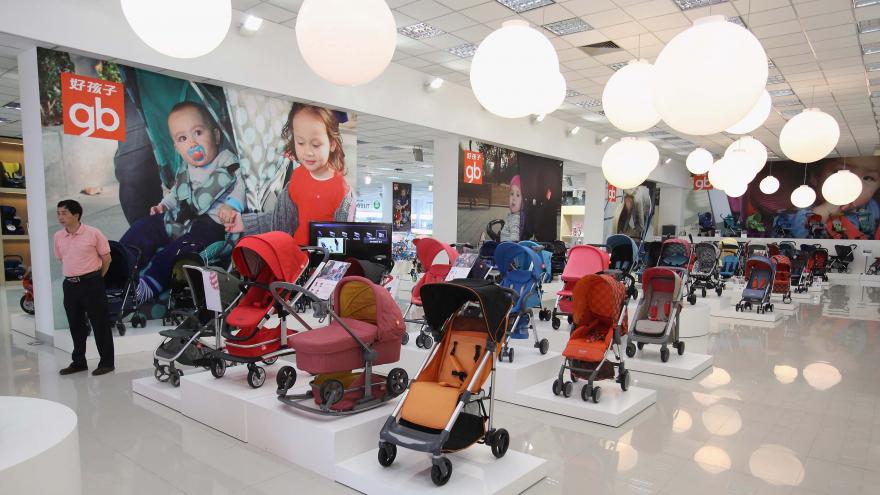 (CNN) -- China's decision to allow families to have three children could produce a windfall for makers of strollers, car seats and baby formula. At least, that's what investors think.

Stocks tied to baby products and maternity services soared in mainland China and Hong Kong on Monday after the Chinese government announced a major change to its family planning policy as the country tries to avert a demographic crisis.

Hong Kong's Hang Seng inched up 0.1% on Monday, while the Shenzhen Composite rose 1.1%.

The Chinese Communist Party's top leadership made the decision to permit couples to have up to three children at a meeting Monday, though state media reports did not say when the policy change would be implemented.

It comes just three weeks after Beijing published its 2020 census, which showed China's population was growing at its slowest rate in decades. That's putting major pressure on an economy that relies on a young workforce to support an aging population and keep up high levels of growth.

China's one-child policy was in place for more than 35 years as Beijing tried to address overpopulation and alleviate poverty.

In 2015, the Chinese government announced that it would loosen the restrictions to allow up to two children per family. But the reversal failed to raise the country's birth rate, which fell by almost 15% year-on-year in 2020.