China closes its side of Everest over Covid fears, as climbers start to scrap expeditions 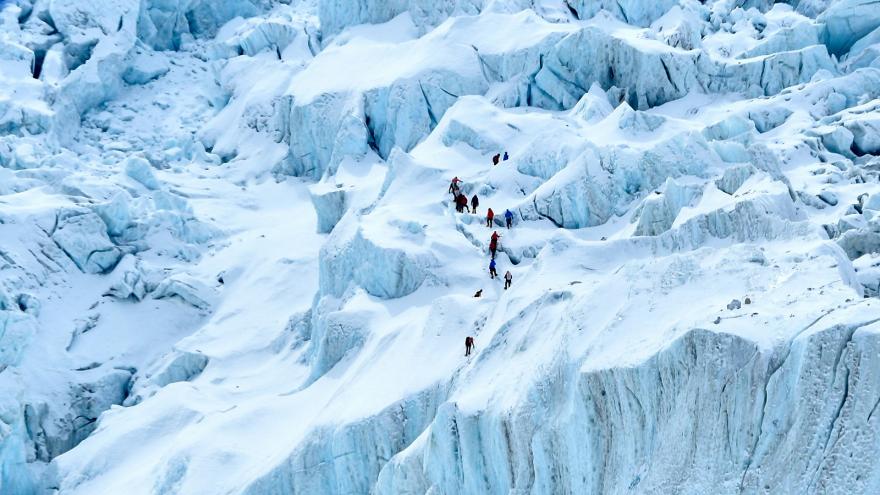 (CNN) -- China has suspended its spring climbing season from the Tibetan side of Mount Everest, the state-run Xinhua News Agency said on Saturday, and climbers have begun to scrap their expeditions on the Nepali side and retreat from the world's tallest peak over Covid-19 concerns.

According to a statement obtained by Xinhua News Agency, China's General Administration of Sport says it has suspended the only permission that allows a company to organize climbing activities from the Tibetan side.

The cancellation is made to prevent "import of coronavirus," the statement reads.

A total of 21 Chinese climbers had obtained climbing permits in the spring climbing season of 2021 before the cancellation, according to the agency.

On May 9, Chinese state media reported that the country was planning to set up a "line of separation" at the summit of Mount Everest to avoid climbers from the Nepali side mingling with those ascending from the Tibetan side, as a way to deter the spread of the coronavirus.

Coronavirus cases have been rising rapidly in Nepal. The country reported over 8,000 new coronavirus cases on Friday, according to the Nepal Ministry of Health, and roughly 20% of Nepal's total cases since the pandemic began were reported in the last 10 days.

The rise in cases has also led an international expedition operator to abandon its attempt to scale Mount Everest from the Nepal side.

Lukas Furtenbach told CNN: "We ended out expedition today because of safety concerns with the given Covid outbreak. We don't want (to) send people or sherpas up," because "they (could) get sick high up there and die."

In a statement sent to CNN, Furtenbach added: "To climb above base camp with these massively increasing corona numbers and risk the lives of our 20 customers, 4 mountain guides and 27 Sherpas carelessly, would be irresponsible.

"In the past few days, the number of people infected with corona in Everest base camp has increased massively" the expedition organizer's post warned. Lukas Furtenbach also said that he is "very surprised that nothing is being done by the official Nepalese side."

Another climber on the Nepali side, Pawel Michalski, told CNN last week: "We are very concerned about the situation with Covid in Nepal, and how it is influencing our climb.

"It could happen that they close the base camp because of the situation," he added.

Nepal has granted more than 400 permits to climbers on Everest this year, its highest number ever, despite concerns that the season could cause a spike and increase pressure on nearby hospitals in Kathmandu.