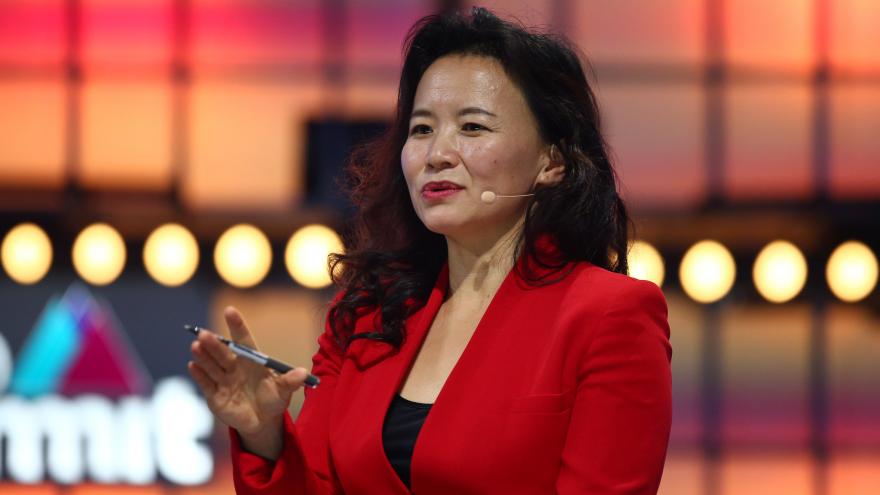 In a statement, Australian Foreign Minister Marise Payne said Cheng Lei, who has been detained in China since August 13, 2020, had been formally arrested on February 5.

"Chinese authorities have advised that Ms Cheng was arrested on suspicion of illegally supplying state secrets overseas," Payne said, adding that "the Australian Government has raised its serious concerns about Ms Cheng's detention regularly at senior levels, including about her welfare and conditions of detention."

Australian consular officials have visited Cheng regularly since she was detained, most recently on January 27, 2021.

Cheng was a business anchor on CGTN, the international arm of China's state-owned broadcaster CCTV, which has since scrubbed all reference to her from its website and social media.

According to a profile of her that has now been deleted, the Australian journalist joined the Beijing-based broadcaster in 2012, following a nine-year stint with the US financial news network CNBC. She was one of CGTN's top anchors, helming the daily "Global Business" show, conducting high-profile interviews, as well as driving "content innovation" and taking part in special projects.

In her spare time, Cheng was active in the Australian community in Beijing, taking part in events at the Australian Chamber of Commerce and acting as an "alumni ambassador" for the country's embassy.

Her final post on WeChat, the Chinese social networking app, showed her at the opening of a Shake Shack outlet in Beijing on August 12, the first restaurant opened in China by the US chain. Posing in a bright green dress, Cheng captioned the photos with the hashtag "make shakes not war."

"The Chinese judicial organs handle the case in accordance with the law and fully guarantee the rights of Cheng Lei," Wang said Monday. "We hope that the Australian side will respect China's judicial sovereignty and stop interfering with China in handling cases according to law."

Cheng's original detention came amid rapidly worsening ties between Canberra and Beijing. After Australia called for an investigation into the origins of the coronavirus pandemic, China targeted it over trade, slapping products with tariffs and blocking acquisitions by Australian companies.

Bill Birtles, Beijing correspondent for the Australian Broadcasting Corporation (ABC), and Mike Smith, Shanghai correspondent for the Australian Financial Review (AFR), were told they were "persons of interest in an investigation" into Cheng. Both sought the protection of consular officials, and were eventually able to fly out of China after a five-day diplomatic standoff.

In an exclusive report Monday, Birtles quoted family members of Cheng in Australia as saying they were unaware of any reason why she might have been detained.

"I don't think she would have done anything to harm national security in any way intentionally," Louisa Wen, Cheng's niece and spokeswoman for the family, told the ABC. "We don't know if she's just been caught up in something that she herself didn't realize."