Children facing deportation are asking Trump and Biden for help 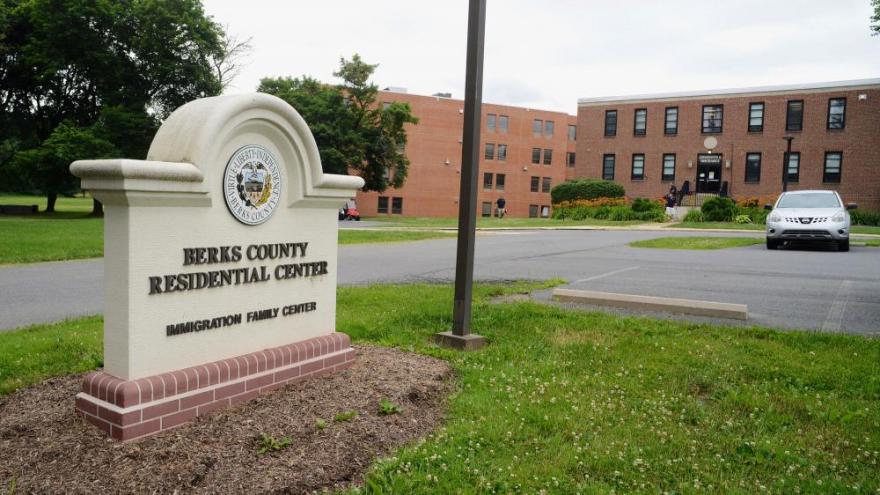 (CNN) -- In a last-ditch effort days before they could face deportation, children in federal custody are asking President Donald Trump, President-elect Joe Biden and Congress for help.

"We thought that the United States had a history of respecting the law and the wellbeing of children. In our experience, the government has not only subjected us to unfair and illegal processes, but it has also tortured us by keeping us detained for so long," two children held at an Immigration and Customs Enforcement family detention facility in south Texas wrote.

"We only ask for our rights to ask for asylum to be respected and for the opportunity to be safe with our mothers."

The two girls who penned the letter are 14 and 15 and asked to remain anonymous to protect their families' safety, according to advocates representing them. The letter, they write, is written on behalf of 28 children and their families who are held at the South Texas Family Residential Center in Dilley, Texas, and the Berks Family Residential Center in Leesport, Pennsylvania.

Advocates say the message was sent to Trump, Biden and members of Congress this week as part of a push to raise awareness about the cases. An accompanying letter signed by more than 60 organizations -- including Amnesty International, Physicians for Human Rights and Kids in Need of Defense -- called for officials to give the children and their families a chance to seek asylum, and for lawmakers to step in and pass legislation to help them if necessary.

"It would be fundamentally unfair to deport these children based upon rules and policies that have since been declared unlawful," the organizations wrote.

According to lawyers representing them, the families were stopped from seeking asylum under a Trump administration policy that's since been blocked in federal court. The policy, know as the asylum transit ban, barred immigrants from seeking asylum if they'd traveled through other countries on their way to the United States. While courts have repeatedly ruled against the policy, a federal judge last week said he didn't have jurisdiction to block ICE from deporting the families.

"The court takes no pleasure in this holding," US District Judge Jon S. Tigar said, noting that the families' cases are "deeply troubling" but that the court "respects the limitations on its jurisdiction set by Congress."

Lawyers representing the children and their families are appealing that ruling, and the government has agreed not to deport the families through November 21, according to court documents.

Asked why the families have not been permitted to seek asylum, an ICE spokeswoman said they have "no legal basis" to stay in the United States.

"The families have all been part of a number of lawsuits against the government, as well as appeals, and continue to file new lawsuits -- all of which have delayed their removal and extended their detention. At this time, the families have been afforded extensive legal processes and have been determined to have no legal basis to remain in the United States," ICE spokeswoman Danielle Bennett said in a statement. "The U.S. government provides all aliens it removes with access to all legal processes required under the law. Those who have no claim to relief, protection under the law, or basis to remain in the United States will ultimately be returned to their home country."

The 28 children and their families are from Honduras, Guatemala, El Salvador, Nicaragua, Ecuador, Chile, and Haiti, according to the letters. Both children write that they have been detained for more than a year at the facilities -- and that they're desperate to be released and be with other family members.

"We are once again seeing the detention center decorated with Christmas ornaments, while we cannot share these holidays nor our birthdays with our families," they write. "We have seen how our health keeps deteriorating day after day, how the food here hurts our stomachs; all we want is to have something different to eat. We pray that soon the day will come when we don't have to live in a jail for children, under the constant risk of getting infected with COVID-19, watching the situation get worse every day."

The organizations advocating on behalf of the families say for many of the children, the situation is dire.

"The consequence is really grave," attorney Bridget Cambria told CNN. "We're talking about sending kids back to places where they can die."